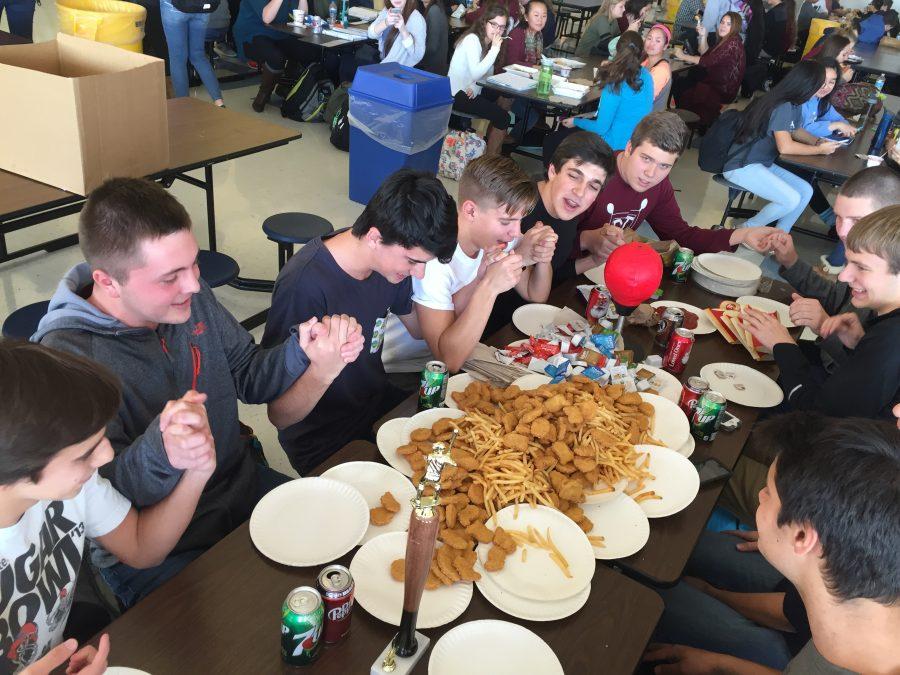 By Lauren Miller
Seniors Griffin Snead,  Eddie Brown, Ryan Morton, Alex DiCristafano, Jacob Arndt, Jack Bellows, Alex Morikado, Cole Dahlstrom, Chris Haddad and Joey Caputo along, with junior Greg Bersch, celebrated Friendsgiving in their own way during sixth hour lunch Tuesday, Nov. 24. Each member contributed $8 for a total of 240 chicken nuggets and 10 large fries from McDonalds, which cost a total of $91.19.
Snead, who came up with the idea, said, “When I was a freshman, I saw a group of seniors do this with Taco Bell. I suggested the idea, and we decided on McDonalds.”
When asked if they would ever do this again, they unanimously said, “no,” and added that they “don’t have that kind of budget.”