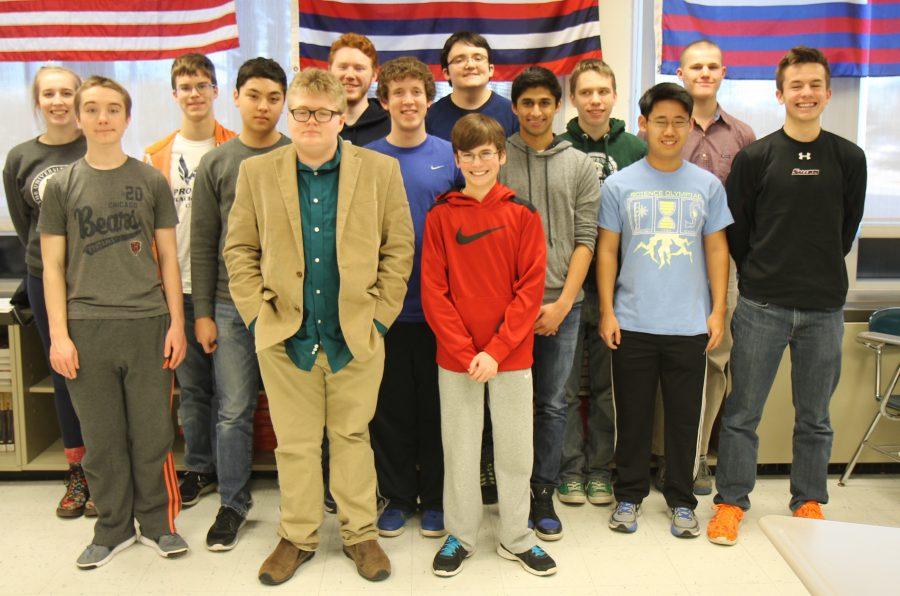 By Mike Stanford, copy editor
The Prospect Academic Bowl squad finished their regular season at the MSL Championship on Feb. 24. Although the team was unable to wrest away the conference crown from Barrington, they came away as East Division Champions for the first time in seven years.
In an academic bowl match, teams of five face off in answering Jeopardy-style questions from five main categories: social studies, math, science, English and miscellaneous. According to head coach Craig Bianchi, the miscellaneous questions are the most entertaining and are also his favorites.
The players answer by pressing a buzzer and answering. Often, teams will buzz in before the entire question is read, which makes Academic Bowl a fast-paced and exciting activity. The team will usually play multiple matches in one night, which adds an extra degree of difficulty to the game.
“The kids get burned out,” Bianchi said. “It’s a fun activity, but it’s also very emotionally taxing because you’re on, you’re excited and you want to win.”
Despite these challenges, the Knights were able to get off to a blistering start this season. They placed third in the preseason tournament and first among the MSL East teams.
Once they hit the regular season, it was off to the races. The team was undefeated except for one loss to Rolling Meadows. Although the loss was disappointing, the team rebounded by beating them decisively in a rematch, according to junior and co-captain Patrick Doyle.
The team looks to bounce back in a similar fashion in the postseason. The festivities will kick off with the East vs. West all-star game at Schaumburg. Prospect will be represented by Doyle and senior co-captain Dongyoung Kim, the two highest scorers from the regular season.
After that, the team will compete in regionals March 7. According to Bianchi, the Academic Bowl state series is structured similarly to basketball.
The teams are placed in a bracket, and then the winner will proceed to sectionals, and the top two teams at the sectional will advance to the state tournament on March 18. However, regionals, sectionals and state will all be played in a one-day contest, which could last as long as five hours.
According to Bianchi, the key to the team’s success has been and will continue to be their communication. He believes that the team is a close-knit group, which has enabled them to work well together.
Doyle agrees and says that the team members’ bond has set them apart from their competition.
“One of the things that makes me happy is that [at all] times during Academic Bowl, everyone’s always smiling,” Doyle said. “It’s competitive, but it’s the least-competitive competitive club. We’re in it to have fun.”
Bianchi believes that this will allow the team to succeed going forward.
“They’re all maturing, and they’re all coming together at the right time,” Bianchi said. “They’re just a really good, smart group of kids that seem to get the game down well.”