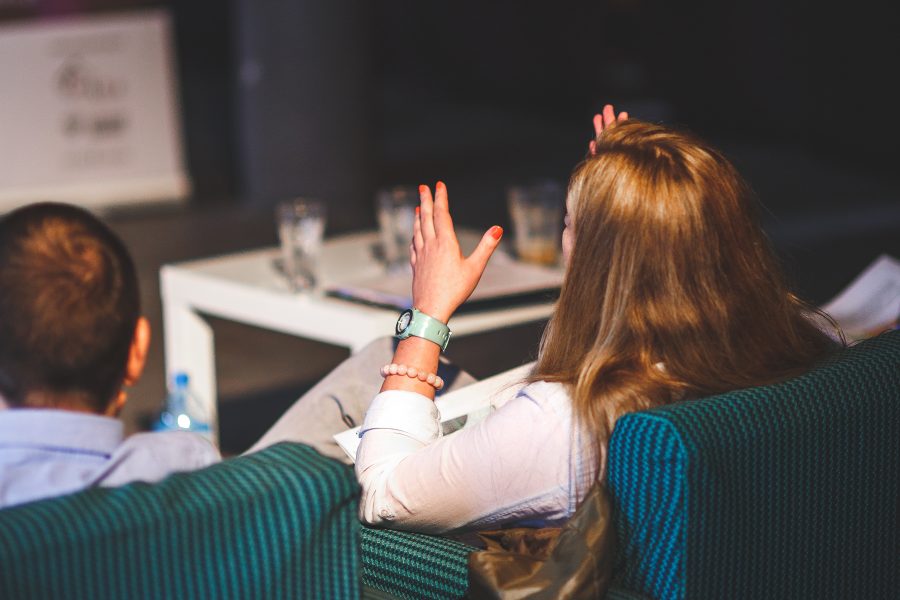 By Diana Leane, Online Managing Editor
For sophomore Annie Cimack, starting a political discussion with her father equates to heading into battle. Cimack’s father is a Republican, so sharing her democratic ideals with him often morphs into a “who’s right” contest.
Recently, the topic at hand was gay marriage. Unlike her father, Cimack supports gay marriage, and what soon became a heated argument led to tension in the aftermath, which dissipated soon after.
Cimack currently lives with her mother, who is a Democrat, so she hears from both sides of the spectrum. Cimack finds she sides with her mother’s beliefs because she understands her logic better.
Cimack’s adoption of her mother’s principles aligns with findings from a Gallup poll in 2005. The study showed seven in 10 teenagers held the same political beliefs as a parent or parents.
However, within the last year, a new study by the American Sociological Review found it is not parents’ beliefs that influence their kids, but instead how they addresses politics with their children.
According to this study, in Cimack’s case, hearing her mother’s ideas had little to no influence. Instead, the openness her mother shared when discussing events encouraged Cimack to develop an interest, resulting in her individualized views.
Similarly, senior Patrick Doyle grew up discussing politics at the dinner table. One recent talking point was Donald Trump’s campaign and what Doyle referred to as “fascist tendencies.”
Doyle learned through his mother, Vesna Doyle, that he should look at politics skeptically.
“If she never talked about politics to me, I’d be a lot more apathetic,” Patrick said. “She’s always encouraged me to read, follow the news and … look at multiple viewpoints.”
Patrick took a conservative stance throughout middle school, but looking back, he believes he blindly followed the party because he felt being conservative was the common and accepted thing to do amongst his peers. Without learning from his mother, Patrick thinks he would still be conservative.
“I’d be a lot more focused on blending in then on real issues or thinking independently,” Patrick said.
In recent years, he began identifying as a Democrat. As a result, he finds many of his beliefs now parallel those of his mother.
Vesna identifies as independent, and her foreign policy opinions differ from Patrick’s. But the duo shares liberal views on social issues. Patrick’s social stance was heavily influenced by his mother’s trials over the years.
Before she had Patrick, Vesna immigrated to the U.S. from then-Yugoslavia and married his father. When Patrick was two, his father passed away.
Because of this, Vesna has faced the struggles of immigrants, single-mothers and widows. Hearing about and watching her overcome these obstacles shaped Patrick’s perspective.
“She’s taught me to look at things as the big picture,” Patrick said. “Things might kind of suck, but most people have jobs, and things are actually going pretty well. … She’s taught me to not take things for granted.”
Patrick believes Vesna possesses a unique political view because she’s an immigrant. Issues that have little to no impact on U.S.-born parents, like xenophobia, have an important place in her life. According to Patrick, his mother often combats with her parents, who also immigrated to the U.S., because they are very conservative.
Social science teacher Kristen Ray understands this conflict because she watched it growing up. At the time, her parents held opposing opinions, so family discussions regarding the government were typically arguments.
According to Ray, their differences never led to tension, yet despite their attempts to persuade the other, neither ever swayed. Reflecting on this situation, Ray finds the disagreements never impeded on the family’s relationship, and she only finds positives.
She believes hearing both sides taught her how to effectively listen and discuss issues with people who disagree with her. Ray has children of her own, and she tries to talk about the election and other government-related topics the way her parents did with her.
“I think it’s important to educate kids on what the issues are, what they feel the most important issue is, … [and] to be honest with the kids as to why you support a party and letting the kids make up their own mind,” Ray said.