Fall DIYs to die for 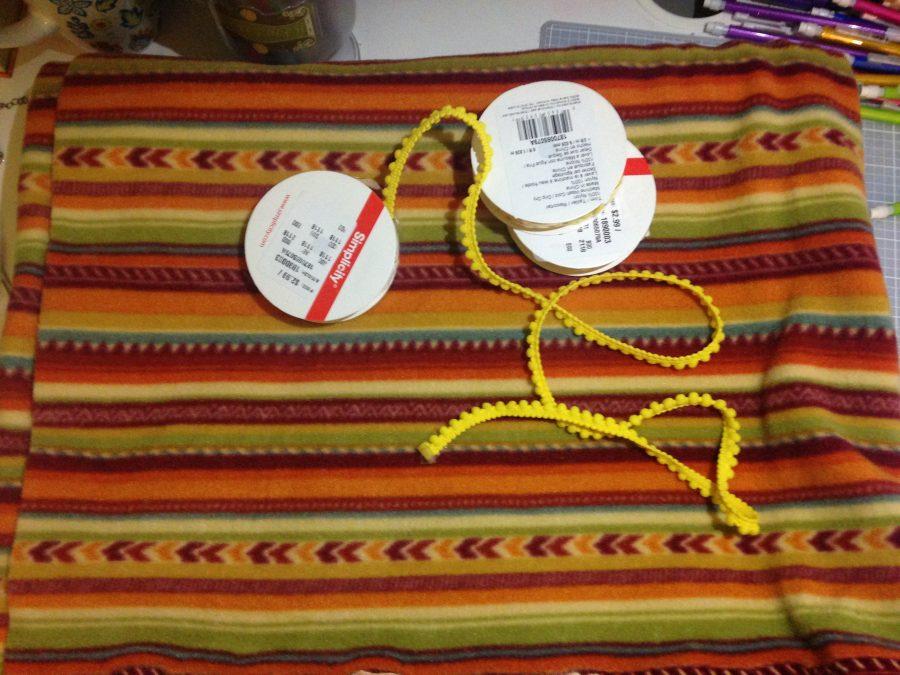 By Cassidy Delahunty, executive entertainment editor
As soon as the month of October starts, it’s impossible to go anywhere without seeing something plastered in pumpkins and candy corn. Now, don’t get me wrong; I’m definitely not complaining. I love fall as much as if not more than the next guy. However, one thing I’ve always been curious about is the abundance of Halloween and fall themed do-it-yourself (DIY) projects that always spring up this time of year. How many actually work and are they even worth trying to make?

Difficulty Level: Easy (but messy!)
Time: 20 minutes per pumpkin, plus waiting time of about 12–24 hours
Enjoyability: 7 out of 10 pumpkins
I started out  thinking this project was not going to work. Most Pinterest crafts involving copious amounts of glue usually don’t. I started to lose hope a little bit when the project told me to use pieces of yarn that were three feet long, but after switching to pieces that were only a foot long, the process became significantly easier, both when it came to coating the strings in glue and putting the yarn on the balloon. After checking on the yarn pumpkin the morning after making it, the project was pretty solid. While it did take a bit of time to push the balloon away from the yarn once it had dried completely, the end result was solid and stable. Overall, this was a pretty successful project, other than the fact that it took a lot of time for such a small and simple end result.

Price: $3–6
Difficulty level: Hard
Time: 15–20 minutes plus about 12–24 hours of drying time per layer
Enjoyability: 2 out of 10 pumpkins
I’ve never tried papier-mâché before, I don’t read the Spanish the instructions are written in, and I’m a little afraid of loud noises, so it comes as no surprise to me that I could not pull off this project. For this papier-mâché pumpkin, you need to tie strings around a balloon in order to get it into the shape of a pumpkin. However, without really large balloons, it’s pretty much impossible to tie the strings tight enough to get the correct shape. My balloon, as you can see, pretty much just ended up looking like a regular balloon. Along with this, no written instructions are provided for this project; only images of the process are to be found. It was recommended to me after completing this project that the balloon be blown up only partially before tying the strings and then blown up completely to get the desired shape. This seems to me like it would be much more effective. Overall, this project was not worth the time I spent washing the glue off of my hands.

Time: One hour
Enjoyability: 5 out of 10 pumpkins
This project would have worked out fine if not for my naivetey; my sewing machine cannot handle as much as I thought it could. Even though the instructions call for flannel shirting, I bought fleece, which is significantly thicker. Everything was going fine while I sewed a line around the border of the fabric. But as soon as I attempted to attach the trim, my sewing machine kept getting stuck. However, do not let this discourage you from attempting this project. The simple sewing pattern would have worked perfectly fine had I not gotten overly excited about the fleece sale at the fabric store. This is a pretty good beginner project if you’ve never sewn sewed or used a sewing machine before since the end result comes out looking simple and professional without a pattern. While this project definitely can be really time-consuming if you don’t own a sewing machine, the end result can be a great last-minute homemade gift.