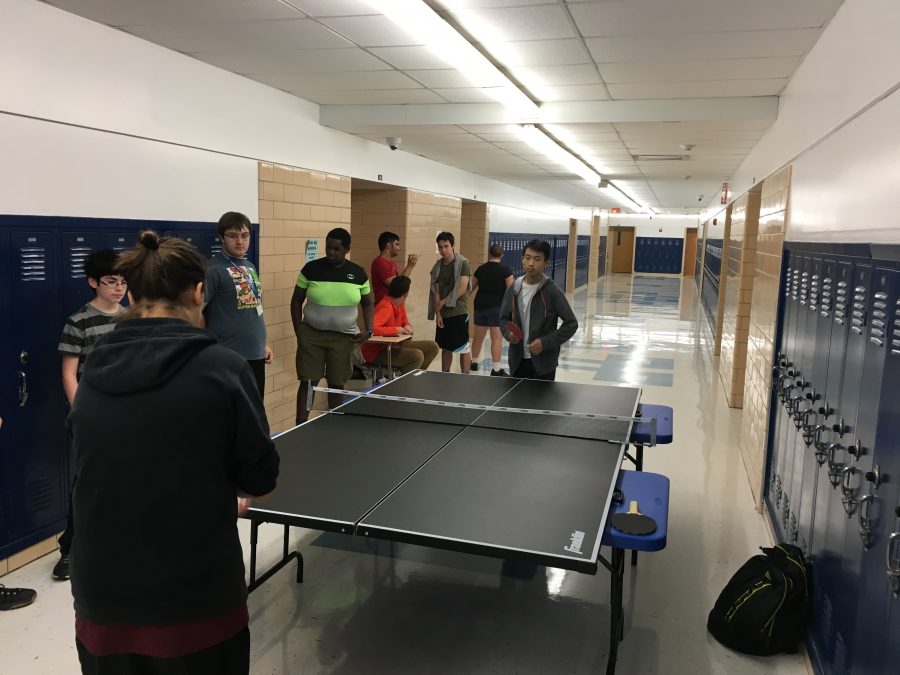 By Nicholas Egea, news editor
Prospect ping pong club had their first meeting of the year on Thursday Oct. 5. The club is free to attend and meets every Thursday, outside of club sponsor and science teacher Tracy Van Hoy’s room. It is designed for players of all skill level.
“There is no reason not to play, because someone at your skill level will be here,”  Van Hoy said.
Last year was the ping pong club’s first year at Prospect. It was created by senior Sean Lov, who was inspired by the ping pong club at Friendship middle school, where he attended. Lov pictured more of a social club, for people to attend after school. There are no tournaments or competitions planned because he felt like it would take away from the fun atmosphere.
“It’s open, I want people to meet new people with similar interests in ping pong,” said Lov.
This year, the club plans to purchase new equipment and another table to allow more people to play at the same time. Since the start of the club in November of last year, new students have joined the club.
The club will be meeting this Thursday Oct. 12 outside of Mrs. Van Hoy’s room.