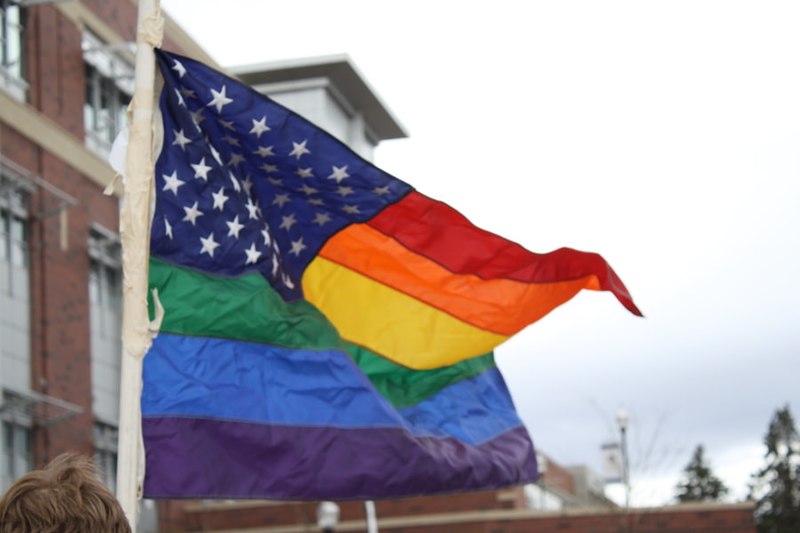 By Grace Baldino, news editor
First organized by students at the University of Virginia in 1996, the Day of Silence went national in 1997 and has been sponsored by the Gay, Lesbian & Straight Education Network, GLSEN, for the past 13 years.
Now in its 23rd year, the Day of Silence, has become a strategic call to action for student organizers to both bring awareness and advocate for safe and inclusive schools for all students, according to GLSEN.
The Day of Silence is a national movement to highlight the silencing and erasure of LGBTQ students in school, which demands that school leaders take action to be more inclusive. The vast majority of LGBTQ students (85.2%) experienced verbal harassment (e.g., called names or threatened) at school based on a personal characteristic, most commonly sexual orientation (70.8% of LGBTQ students) and gender expression (54.5%), based on the 2015 National GLSEN School Climate Survey.
Almost all of LGBTQ students (98.1%) students heard “gay” used in a negative way at school.
Freshman Felix Garkisch is confused why people are using the word to hurt other people.
“It doesn’t make sense when someone uses ‘that’s gay’ as an insult because it is like what does that even mean? [LGBTQ] can’t change their identity because that is who they are.” However, Garkisch, does not think that bullying is a big issue at Prospect.
And fellow freshman Zoe Smutko agrees with Garkisch.
“For me, [the Day of Silence], means that we are letting LGBTQ students know that we hear them,” said Smutko.
Both students are members of the Prospect Gay Straight Alliance, GSA, and they are a part of an even bigger event. With students from more than 12,000 middle and high students already registered to organize their schools and communities — from every state and DC — and hundreds of thousands of students participating in more than 5,000 schools, the Day of Silence is one of the largest student-led actions in the United States.
“Throughout our history youth have played a central role in organizing powerful movements pushing us towards justice and expanding our circle of inclusivity. [Friday], for the 23rd year, middle and high school students will organize the Day of Silence to demand safe and inclusive classrooms where they can thrive and reach their full potential,” said Ikaika Regidor, GLSEN Director of Education & Youth Programs, “This Day of Silence, we’ve heard from students who are organizing the Day of Silence on a variety of critical issues, from demanding LGBTQ-inclusive curriculum to equitable discipline practices to making schools trans-inclusive to gun reform. Whether systematic, educational, or policy, at the core of it, are hundreds of thousands of youth working to ensure every school is a safe and inclusive place for all people.”