Smack talking through a Snapchat filter 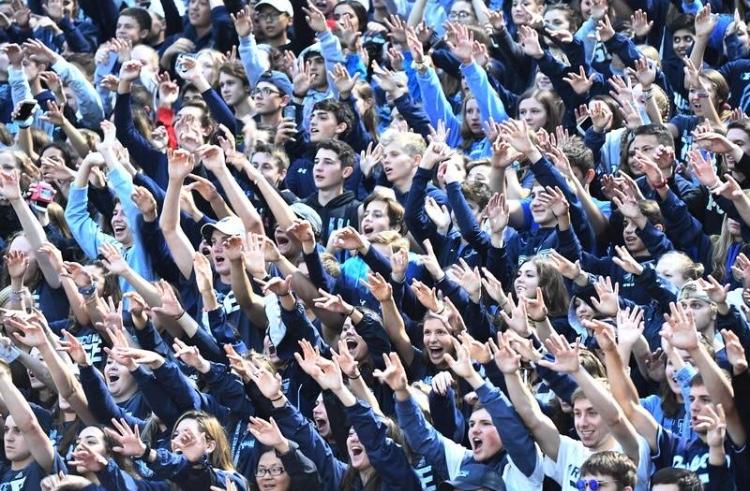 By Blanca Estrada, Executive News Editor
Prospect and St.Viator fans were anticipating the moment that would change their football team’s fate. With 3 minutes and 33 seconds remaining in the third quarter, both teams were tied 13 to 13 and everyone knew, anything could happen.
Within seconds senior Michael Shafis scored a touchdown for the Prospect Knights advancing them to 19. The coaches were unable to control their excitement that they began jumping around the field. The fans also began jumping on the stands but a few decided to remember the moment through Snapchat.
When a few students were choosing their filter on Snapchat, a few came across something that caught their eye. As they were swiping right, there was a filter that said “Prospect High School Home of the Saint Viator Lions” and then it said “0-1… sorry Jim.”
Senior Joe Ferraro was snapchatting when he saw the filter and started asking around. Within seconds Ferraro found out that a football player from the St. Viator team bought the filter. Nevertheless, Seniors Copper Schauer and Matt Donzelli didn’t know about the filter until after the game.
Schauer and Donzelli agree it was unique approach to smack talk but mention it was funny especially when the St. Viator kids were single filling out of the stadium.
“I think it’s pretty funny, but you’ve got to be pretty secure in your ability to do something like that,” Schauer said.