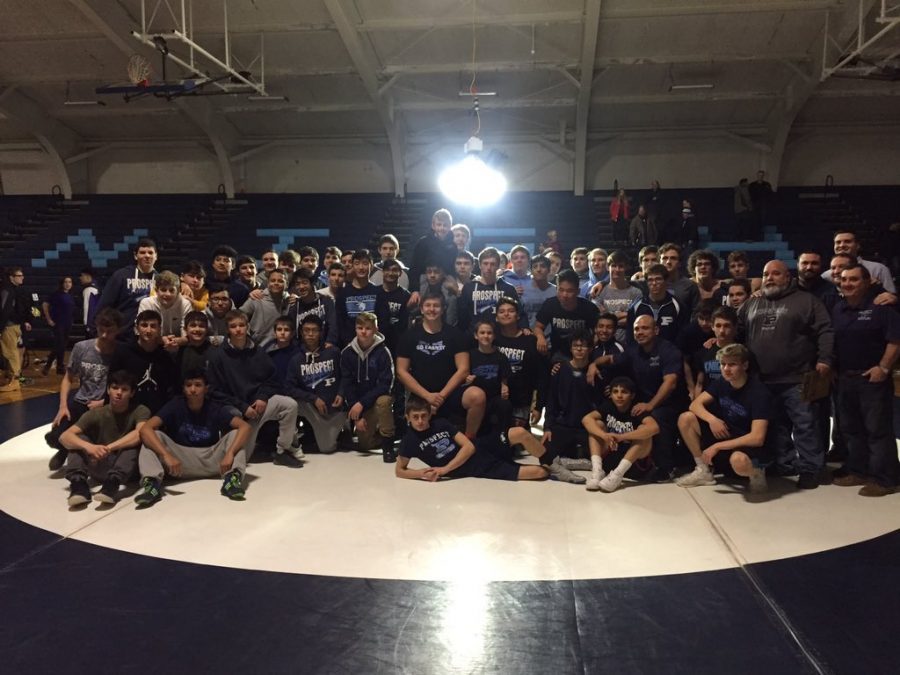 By Wyatt Dojutrek, associate online editor-in-chief
In his nine years as head varsity wrestling coach, Tom Whalen knew that this program had what it takes to continually compete for the MSL East title every year.
But this season, the program took it to the extreme.
All three levels of the wrestling program (Freshman, JV, and Varsity) won the MSL East, this is the first time in program history where this has happened.
Even with this accomplishment, Whalen knows that the program is hungrier for even more success heading into the postseason.
“Winning the East is great,” Whalen said. “But it’s always been a sub-goal of ours and a state trophy is the ultimate goal for our program.”
The journey to the state championships in Champaign started with the Knights participating in the MSL Conference meet at Schaumburg High School on Jan. 19 and 20.
The varsity squad finished third out of the ten teams at the tournament, only behind champion Barrington and runner-up Conant.
However, the Knights had 13 total individuals place in the event including seniors Chad Vilchez, Jose Ramos, and Joe Caringella who were all conference champions.
Prospect also had one wrestler finished second, three that placed third, two took home fifth, and four wrestlers who ended the day sixth best.
The Knight wrestlers now move on to their regional matches at Fremd High School on Saturday,
Whalen has great confidence in his team for the Fremd regional.
“I don’t see us not winning this regional,” Whalen said.