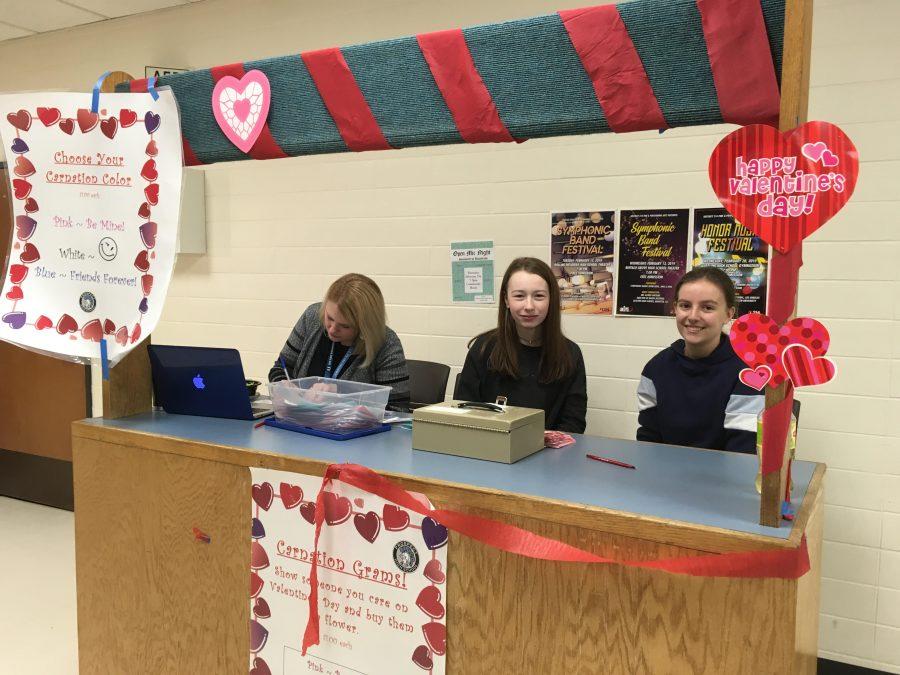 By Ayse Eldes, editor-in-chief
More than 200 students already sent carnation grams on the second day of Student Council’s setup across the lunchroom. Freshmen Allie Biewenga and Cambria Richards sat alongside social science teacher Kristen Ray at the carnation gram stand today to help students send messages to friends for Valentine’s Day.
Each year, Knights can pay one dollar to write a note to another student or staff member. According to Richards, after those who receive one are notified, Student Council prepares carnations for pickup on Valentine’s Day in the Community Room. Richards likes to watch the reactions of those who receive a message and carnation.
“[It’s] so that people can know that you appreciate them,” Richards said.
Although neither Richards nor Biewenga have sent any, they’re trying to get as many students to write the messages as possible.
“People are excited to send them, too,” Biewenga said. “Especially on Valentine’s Day, they like to show that appreciation more than they do.”
Students and staff have three options to choose from when sending carnations. White slips indicate a “winky face,” blue slips indicate friendship, and pink slips indicate affection. Biewenga stated that some students like to send one to teachers, too.
Friday is the last day to send a gram during lunch hours.