A capella groups come to prospect 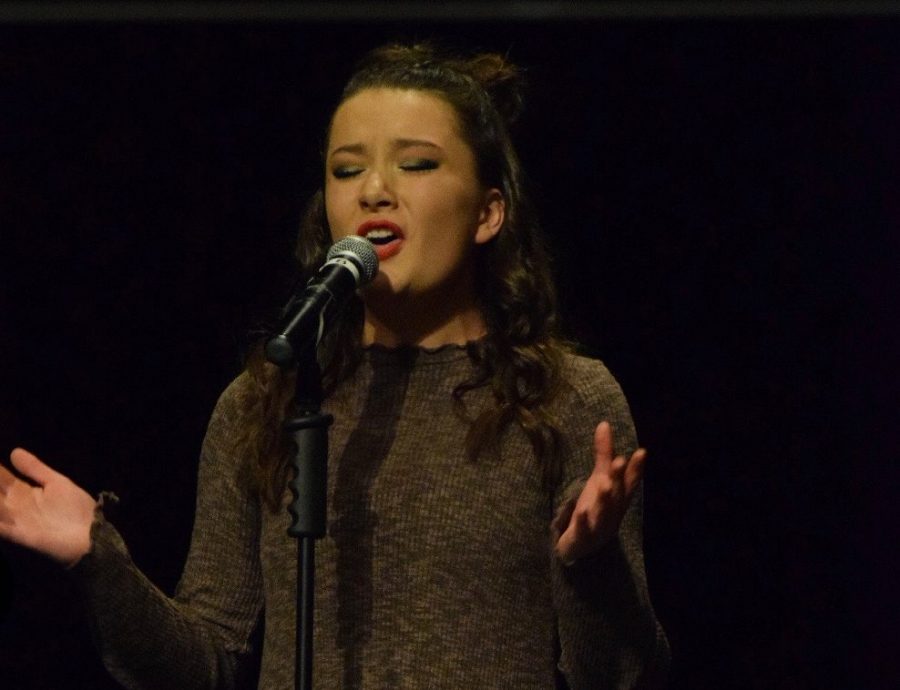 By Elizabeth Keane, Features Editor
While being a part of show choir is an exciting and rewarding experience for the members, choir teacher Jennifer Troiano believes that the stress of competition can be hard for students to handle at times. She wanted to create a way for the choir students to alleviate this stress by adding A cappella groups. The Knight Voices called Madrigals are a mixed A cappella group here that perform more holiday-based music, but the newly created all female group Bella Voce and mixed group Sound Bytes are eagerly preparing for their first performance at the end of February in Brodhead, Wisconsin.
A cappella is unique from other styles of music because it consists of no instruments and typically features a beatboxer to accompany the other singers. According to Troiano, A cappella is different than show choir because it is more musical and does not utilize choreography and costumes to put on a show.
At the upcoming shows, the two A cappella groups will perform the pop songs that they pre-arrange and rehearse once a week before school. Because they are attending performances rather than competitions, there will be no strict rules involved.
“I don’t want the kids to feel stressed all the time because music should make you feel good and be healing,” Troiano said. “The kids just want to perform and enjoy what they’re doing.”
Junior and three-year show choir member Jillian Groot was immediately interested when Troiano made an announcement in her choir class regarding the A cappella groups. In order to be on Mixed Company, each girl who auditions must first do a year of Company, the all girls show choir.
“[My friends and I] were all really excited because we feel like singing with a bunch of girls is a really fun and intimate environment that we would be honored be a part of,” Groot said.
Although Groot loves being a part of Mixed Company, she is excited to have the opportunity to reminisce on her Company days while gaining better harmonizing skills and meeting new people who share her passion for music.
Looking forward, Troiano has organized an “A cappellooza” event for May 18th at Prospect. This event will feature performances from all three Prospect A cappella groups, other D214 choirs and some schools from neighboring states. Students will be able to attend various workshops to learn new skills to improve on their performance, such as how to beatbox or learning how to move while onstage.
“I want my students to keep singing [when they go to college],” Troiano said. “It’s hard to join a choir when you’re not a music major, but becoming a part of an A cappella group is like it’s own fraternity or sorority.”