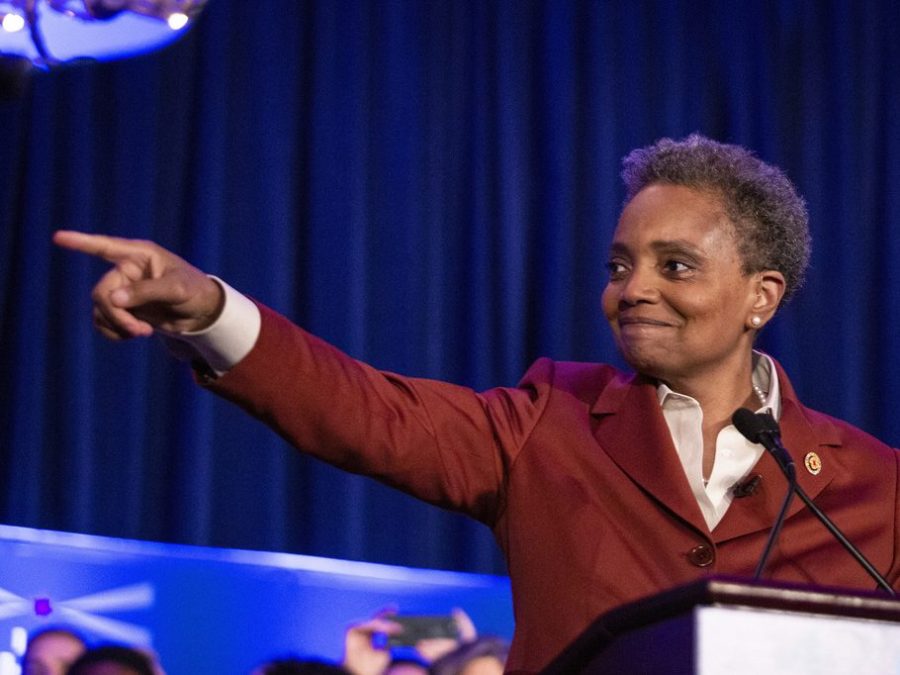 Former US assistant attorney and political newcomer Lori Lightfoot defeated longtime establishment veteran Toni Preckwinkle in the Chicago mayoral race on Tuesday the 2nd. Lightfoot easily swept her competitor, winning approximately 74 percent of the vote, with 97% of wards reporting. Lightfoot, who had campaigned against corruption in the political establishment, has promised a new face for Chicago politics.
But that’s not the new face Chicago is talking about. The historic significance  of the election cannot be denied. The 2019 election was the first time the office of Mayor of Chicago was decided between two African-American women. Lightfoot herself is also the first openly homosexual person to occupy the position, and her victory was heralded as a great step forward by LGBT advocacy groups, many of whom supported Lightfoot on the campaign trail.
Certainly, the presence of an African-American lesbian in one of the city’s most prominent roles is a victory. Lightfoot, however, rarely used these themes within her campaign. Her victory is a case study in political strategy, a roadmap for minorities to win over swing voters in hostile territory.
Lightfoot’s sexual identity, unfortunately, is a weakness in local politics. Chicago’s black community has a thriving evangelical Christian tradition and a vocal Muslim minority, both of whom are generally opposed to gay marriage. While socially progressive churches exist, many are socially conservative institutions promoting traditional values, and that is especially true among minorities. Blacks and Hispanics are typically more religious than whites, which leads these communities to oppose these traditionally left-leaning voting blocs to vote against the social equality policies advocated by liberals.
During the first round of elections in February, Lori Lightfoot’s support came overwhelmingly from upper-class whites, with the majority of the black vote going to Willie Wilson, a southern-born businessman and lifelong evangelical. Wilson expressed disappointment on Twitter when the Supreme Court legalized gay marriage and maintains that he believes marriage to be between a man and a woman. And yet he, along with a group of notable black pastors, announced their support for Lightfoot during the runoff. In fact, Lightfoot received more endorsements from evangelical pastors than Preckwinkle did. How could this happen?
Wilson himself probably put it best in an interview to the Chicago Sun-Times.
“It’s about the economy,” Wilson said in the wake of his endorsement. “What we are trying to do here (is) create jobs, get contracts and economic associations. Even the playing field.”
Wilson, who took many South Side votes over to Lightfoot, is proof of the age old saying: Money makes the world go round. Lightfoot’s campaign made little mention of her sexuality. In fact, the first time I had heard about it was when Preckwinkle mentioned it at the end of a debate, which some criticized as a dog-whistle to black evangelicals. Evidently, that failed, as people across the South Side have come together to demand a fairer economy and an expansion of job opportunities. Preckwinkle, the Cook County Board President, represented the establishment, the old order that has done too little for too long. Her ties to the city’s corruption scandals did little to help her image, either.
Lightfoot, by contrast, campaigned as an outsider, someone willing to clean out the corrupt elements and end the decades of disadvantages that African Americans have had to endure, living in the most underdeveloped areas of one of the country’s most violent cities. Exit polls for the 2018 midterms showed that among all voters, the economy was the number one concern among liberals and conservatives alike. Sure, Lightfoot may differ with them on cultural issues, but on jobs–where it matters most— she was with the South Side all the way. That’s what won her this election.
Lightfoot’s success can be seen as a blueprint for liberal candidates in red states and districts, as well as the reverse. Her rivals tried to focus on social differences to divide the electorate. By creating and focusing on a core economic message, Lightfoot was able to not only mobilize her existing base, but reach across the aisle by shifting the conversation to shared values, not differences.
Lightfoot’s victory may be significant for the African American and LGBT communities, but it is even more so for the next generation of American politicians, who will have to work in an increasingly polarized world.