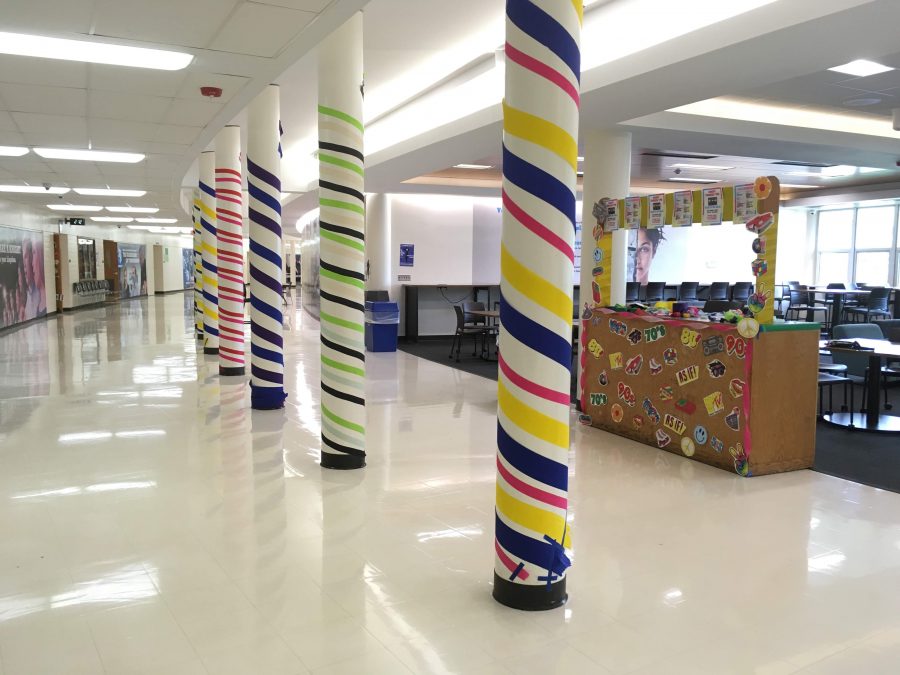 By Ryan Kupperman, Copy Editor
According to Principal Greg Minter, a student reported seeing a message on the wall in the women’s restroom near the cafeteria after school on Tuesday, April 2. Upon seeing the message, the student took it directly to campus security guard Kyle Perkins. The message warned of a school shooting that would take place on Friday, April 5. Thankfully, nothing of the sort had occurred.
Once reported, Minter says that Perkins had already had a good idea of who he thought had written the message and asked an administrator for permission to search the student’s bag. Having permission from administration, as well as from the specific student, Perkins found a marker that matched in color and type to the threat written on the wall. The next morning, Perkins began reviewing video from security cameras of everybody who had gone in and out of the bathroom. By interviewing these kids, Perkins was able to corroborate his suspicions of who had written it.
According to Minter, the school was able to confirm that the student responsible was in no way a danger to herself or anyone else, and most probably just chose a poor way of trying to get attention and is in need of some help.
However, many students still expressed concern as there was a pep assembly scheduled for that Friday. While Minter originally did not want to cancel the pep assembly, in an attempt to show the school that there was indeed no threat, the school began receiving phone calls and office visits Friday morning from parents and students expressing anxiety about the situation.
Although not verified, Minter estimates that there were roughly 275 students planning on getting called out of the pep assembly.
As a result, Minter decided that Pep Assemblies were supposed to be a fun, school-wide activity, so if a lot of people were going to be anxious or were going to get called out, it would be best to simply postpone it.