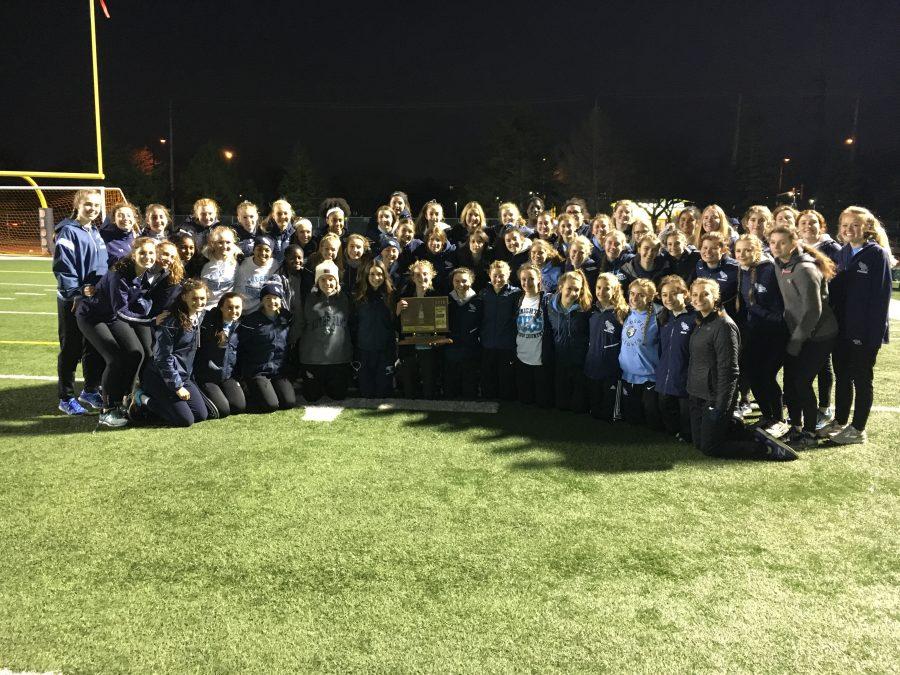 By Alyssa Schulz, Executive Sports Editor
The girls track and field team competed in the MSL East meet against five other teams at Buffalo Grove High School on Tuesday, April 16th.
Though varsity head coach Pete Wintermute had seen what his team has been doing all season, he still knew that anything could happen come meet time.
“The most important thing is that we prepared for this moment and that we just need to execute and do what we need to do,” Wintermute said.
And they did. Winning with a total of 220 points, a whopping 28 points ahead of second place Wheeling, the team secured their 16th MSL East win in a row.
Though Wintermute says everyone worked hard for the win, he credits the team’s success to the seniors on the team who not only spent a lot of time getting underclassmen ready for the big meet, but also performed well in each of the events.
For each of the 18 events, teams are allowed to enter two competitors. This allowed Prospect to not only get first but also second in some events, earning multiple points.
Going into the meet, Wintermute knew that relays would play a big part and that many others schools had ambitious relay teams. As a result, the girls worked hard to make sure that their handoffs were clean. Come meet time, they couldn’t afford any mistakes.
Their hard work paid off and the relay teams ended up winning three out of the four relay races, earning Prospect valuable points.
With this success to build on, the girls’ track team will continue to work hard and compete at the conference meet on May 3rd at Fremd High School where they will try to maintain their winning streak.
Wintermute feels confident that if the athletes perform as they have all season, their success will continue.
“[We just have to] keep the emotions steady and take care of business in the next event and the next event and the next event,” Wintermute said.