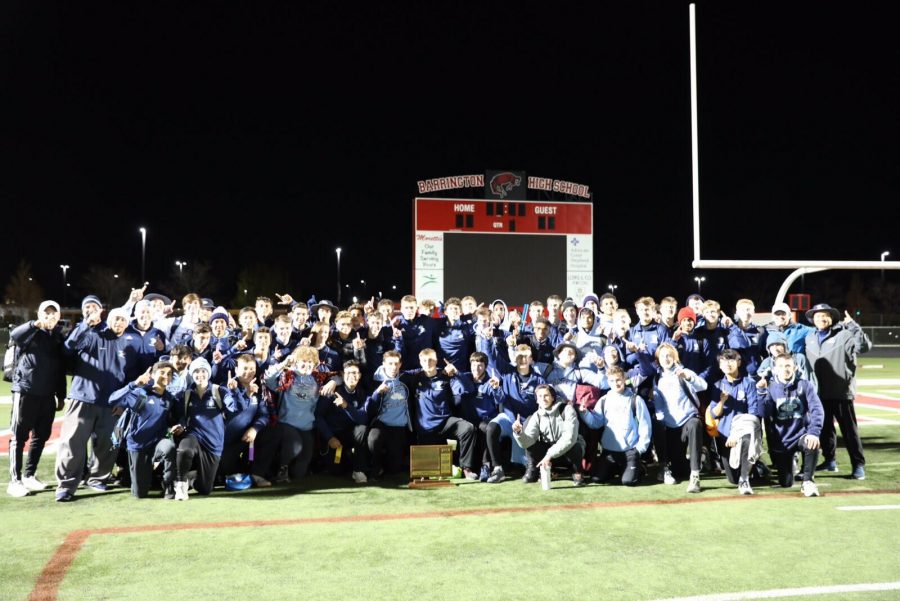 By Rick Lytle, Online Editor-in-Chief
Weeks before the outdoor season started, Head Coach Jay Renaud said that boys track had two main goals in terms of winning. The goals were to win the Mid Suburban League East, and then win the MSL Conference meet. Having already won the East, Prospect went into the MSL meet on May 10 with one box left to check, and they did just that when they edged Barrington by two points.
It was just the fourth time in Prospect’s history that the team won the MSL Conference Championship, three of those coming since 2011. The meet came down to the last race, literally. Prospect had to finish in the top four of the 4x400m relay, and were able to accomplish that when the relay crossed the line in third place.
“[There was] a lot of yelling, a lot of screaming. The kids were just pumped up and excited,” said Renaud, who won his first conference championship as head coach.
Senior Tim Zalinski and junior John Moellenkamp were integral parts of Prospect’s victory. The pair finished first and second in both the 100m and the 200m, and were able to score 36 of Prospect’s 128.5 points in just the two races. Both of the runners achieved personal records in both of the races. The pair also were a part of the winning 4x100m relay, in addition to junior Will Horvath and senior Michael Shafis.
“It’s good to be able to see the results in big meets from your practice,” said Moellenkamp.
Jordan Morrow was another key to Prospect’s success. He anchored the 4x800m, placed 5th in the 800m, and crossed the finish line to win the meet as the anchor in the 4x400m.
“We just have a complete team. In most events, I feel like we had the opportunity to score twice in most events,” was what set this year’s team apart from previous years, according to Renaud. The team had finished second in the conference meet the previous two years.
The team looks to continue their success as they move on to their sectional at Niles West High School on Thursday, May 16. They will face off against many of the teams that they competed against in the Wanner Knights Invitational and the MSL East meet, both of which they won in recent weeks.