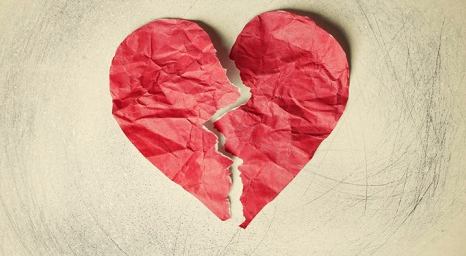 Whether you are dating someone or not, Valentine’s Day sucks. For singles, the day is a depressing reminder that they do not have a significant other in their lives. For people in a relationship, there is undue pressure to deliver a fabulous, unforgettable gift.

I’ve been in both situations in past Februarys. I don’t hate love, or celebrating love, but the whole tradition of commercializing an emotion is bizarre. Love and having feelings for someone is not something that can be defined by a necklace, a lame card, or a bouquet of flowers. And don’t get me wrong, there is no way I would turn down a cute gift for Valentine’s Day, I just find it silly that we spend so much money on stuff rather than simply saying: ‘I love you‘.

What is so notable about February 14 that it is the only day of the year when we are ordered to be romantic? The entire concept is so contrived.

Valentine’s Day is celebrated in most of the world, including the United States, Canada, Mexico, the United Kingdom, France and Australia. Historians believe that the association of February 14 with romantic love began in the 1300’s. The earliest literary reference is in 1382 when Geoffrey Chaucer mentioned “seynt Volantynys day” in a poem. So singles and couples have been dreading Valentine’s Day since the Middle Ages.

Valentine’s Day puts enormous pressure on couples. Whether it’s pressure to advance a relationship or pressure to make the day meet your partner’s expectations, it can be incredibly stressful. In the United States every year, over 27.4 billion dollars are spent on gifts for Valentine’s Day, because it is burned into our brains that it is mandatory to express love by spending money.

Not only is Valentine’s Day stressful for humans, it is dangerous as well. According to Oxfam America, 34 million tons of mine waste are generated worldwide as a result of United States gold sales alone. And although roses symbolize love for Valentine’s Day, many people don’t realize the thousands of carbon emissions that are released from the transportation of these buds across the globe. So when you hear a friend complaining that they only got a crappy card from their partner, mention that the gifter was actually being thoughtful and trying to reduce the environmental impact.

In the end, Valentine’s Day is just another day. So don’t be stressed whether you are in a relationship or not. Instead of supporting the commercialism of Valentine’s Day, tell close friends and loved ones that you care about them throughout the year instead of on one particular day.