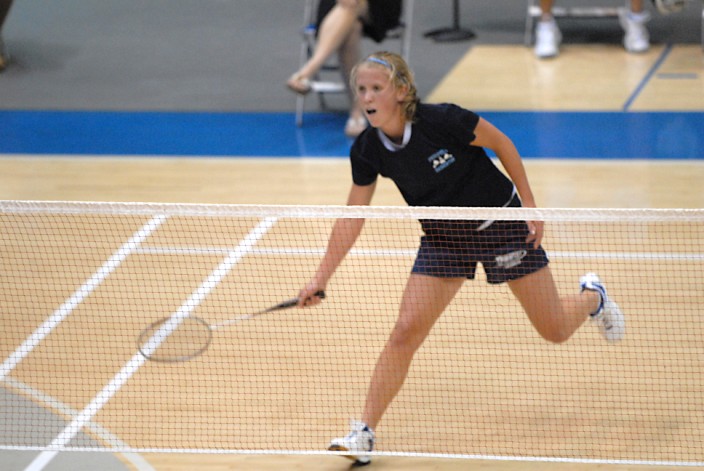 Badminton coach Lindsay Gibbel looked onto the court in May of 2007; it was the state championship.

Her opponent was Karshima Kollipara from Hinsdale Central, who had not yet lost a match; Kollipara was 99-0. She was a two time state champion and looking for more.

Gibbel had already faced Kollipara, and lost, the year before in the state semifinals and three weeks prior at a tournament. However, Gibbel had confidence going into the match.

As the match neared the closing, Gibbel led the series 1-0 and the match 10-6.

“I was trying not to think ahead, but it was hard [when] you can feel the energy from the crowd and coaches,” Gibbel said. “I was really just trying to stick with my game plan, which was to play a fast-paced style of badminton.”

As the birdie finally dropped on the last point, Gibbel couldn’t believe it. She had just beaten a girl who was 99-0. All of her hard work had finally paid off.

Before winning the badminton state championship, Gibbel was a three-sport athlete. She felt that playing one sport wasn’t good for her because she could get burnt out or not enjoy a sport as much if it was her only focus.

Gibbel also had never played badminton before high school. She started liking badminton when she started competing in singles and doubles. She liked the competition. Once she started losing, she became determined to get better and better.

“I think I fell in love with the challenge of the sport,” Gibbel said.

Gibbel, now the Prospect head coach, is coaching senior Jo Nuehafen, a girl that has a chance to win state this year.

“Jo is a fan favorite amongst all teams in the state because she is a scrappy player and doesn’t let the birdie drop,” Gibbel said.

Neuhalfen placed in the top 8 last year at state, and she now looks to take home a state championship.

“I try to push all the girls past what they think are their limits,” Gibbel said. “Practice is a time to work our tails off and make ourselves better. You can’t expect to be great if you don’t put in the work.”

Photo of JV coach Lindsay Gibbel playing in a match during her senior year while she attented Prospect. (photo courtesy of Lindsay Gibbel)