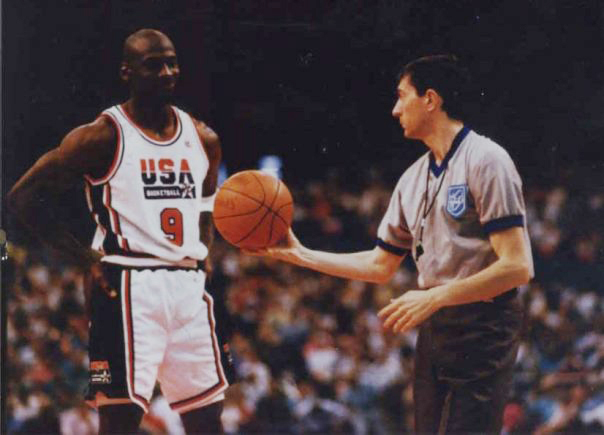 Episode five of “The Last Dance” starts off with the 1998 All-Star game, one of Michael Jordan’s last and the next big thing’s first: Kobe Bryant. Bryant was quoted in the documentary as saying the Lakers don’t win five championships if it wasn’t for Jordan. I thought this was interesting to hear, and I enjoyed learning about Bryant and Jordan’s relationship.

The beginning of this episode was touching, as it started off with “In loving memory of Kobe Bryant”. I thought this was another good tribute as many people know that he passed away Jan. 26, in a helicopter crash.

It then transitioned to Jordan playing his final game at Madison Square Garden and how he wore his original Jordan shoes from the first time he played there. With this, it also took a deeper dive into Jordan’s brand deal with Nike and I learned a lot of stuff about the deal that I didn’t previously know. For example, I learned that Jordan at first wanted nothing to do with Nike and wanted Adidas to be his shoe deal.

It then flashes forward to the 1992 NBA finals win, and after that was the creation of the “Dream Team”. It was the first time Team USA had NBA players on the roster, and they were dominant, bringing home a gold medal at the 1992 Summer Olympics. This then shifts the focus to their games against Croatia.

Croatia had a star player and future Chicago Bull, Toni Kukoc. At the time, Bulls GM Jerry Krause wanted Kukoc pretty badly and was willing to pay him before paying Scottie Pippen. This made Jordan and Pippen mad.

In their first matchup against Croatia, Jordan and Pippen did anything they could to stop Kukoc and make Krause look bad. They did just that as Pippen scored over 30 points and he held Kukoc to four points. Kukoc did bounce back in the gold medal game against the “Dream Team”, scoring 16, but it wasn’t enough to beat them.

The last thing this episode went over was the potential of Harvey Gantt becoming the first ever African-American senator from North Carolina. Jordan did not want to openly endorse him and was even quoted on saying “Republicans buy Nike’s too”. It’s understandable that Jordan didn’t want to get into politics like this, as I wouldn’t either. Jordan did receive a lot of backlash for his decision, which I don’t believe he deserved.

Overall I thought episode five was pretty good, the only problem was I felt they tried to put too much in one episode. It felt a little rushed with all the information they were trying to put in one episode.

Episode six was a very interesting episode and I learned a lot about Jordan and his gambling.

During the 1992-1993 conference finals, after losing game one, Jordan went to Atlantic City to do a little gambling. It was concerning to people due to controversies he has had in the past. Jordan claims it was just a hobby and he was doing it to relieve stress, but people kept thinking he had a problem.

This pressure of people thinking he had a problem was getting to him. Every question from the media seemed to be about it and he was sick of it. Jordan did not allow this to affect his ability to play on the court. After going down 2-0 against the New York Knicks, Jordan and the Bulls won four straight games sending them to the NBA Finals.

They matched up against league MVP Charles Barkley and the Suns in the 1993 NBA Finals. The Bulls beat them in six games and it was celebration time. Winning relieved Jordan of the media pressure about his gambling and they were one of the only teams to have won three straight finals.

Episodes five and six were certainly worth the week-long wait, and I am surely excited for episodes seven and eight next Sunday, May 10.