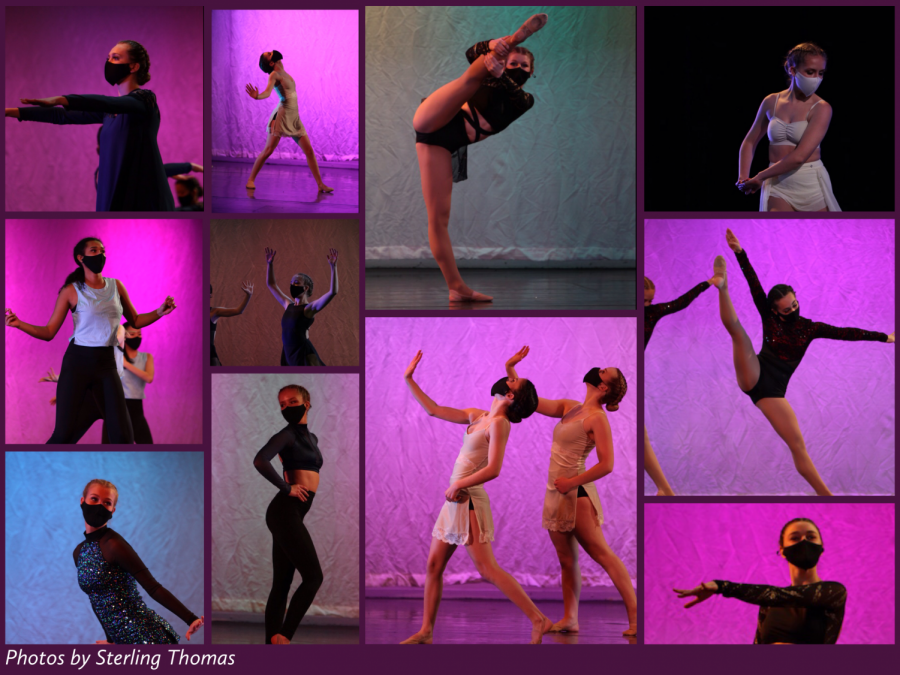 For six months, the Prospect Orchesis team has been rehearsing and learning new dances. Finally, on Feb. 20, they were able to showcase their hard work in the 2021 Orchesis show, Resilience.

Preparing for the show proved to be a difficult task for the dancers.

“We were doing a lot of rehearsals on Zoom … so as soon as we were able to get back in person … it was almost like they hadn’t learned the dance,” Orchesis coach Melanie Monnich said.

When they were able to resume in-person rehearsals after months of online practice, senior and student director Audrey Duetsch noticed that Zoom had created some unintended challenges.

“We realized during some parts [that] people were going the wrong direction and stuff because they got confused with the mirroring over Zoom,” Duetsch said.

In addition to rehearsing in small bedrooms at home and music glitching on Zoom, another challenge the girls had to face was wearing masks. Like any high school sport going on right now, masks are required at all times. Wearing a mask makes it especially hard for dancers to perform.

“When you’re on stage you always want to smile and show your emotions, and it’s just hard to see that,” freshman Kayla Sagendorph said.

This year’s Orchesis show was especially unique because of the decision to make it a drive in show. Monnich wanted to ensure that, despite the challenges the coronavirus had created, the girls were still able to display their hard work and effort to a live audience.

“There is something to say about everyone coming together to watch it because it gives the girls this exciting feeling that people are still coming to see their show,” Monnich said.

The filming for the show was an all-day event that eliminated quick changes in tight spaces and granted a unique experience to the dancers. It was important to Monnich that she found the right people to film the show.

“I had emailed multiple companies that I was looking for something very specific to dance because recording a musical or fall play … is very different from recording movement in terms of dance,” Monnich said.

The $20 tickets to the drive in show sold out in just three days. Rather than performing the night of the show, the girls were put to work checking in tickets, holding up posters and even directing traffic.

“All the girls had to wear yellow safety vests and have flashlights; it was a sight,” Monnich said. “It was hilarious, and it was fun. And then there were girls literally directing traffic with their flashlights, like something you would see at an airport.”

The dancers have already begun to prepare for their live performance in May. There will be three live shows in the Prospect theater. The show will mainly be for family due to the 50-person spectator limit.

“I am super proud of what we produced and what the girls produced and just their overall positive attitudes and hard work.” Monnich said.