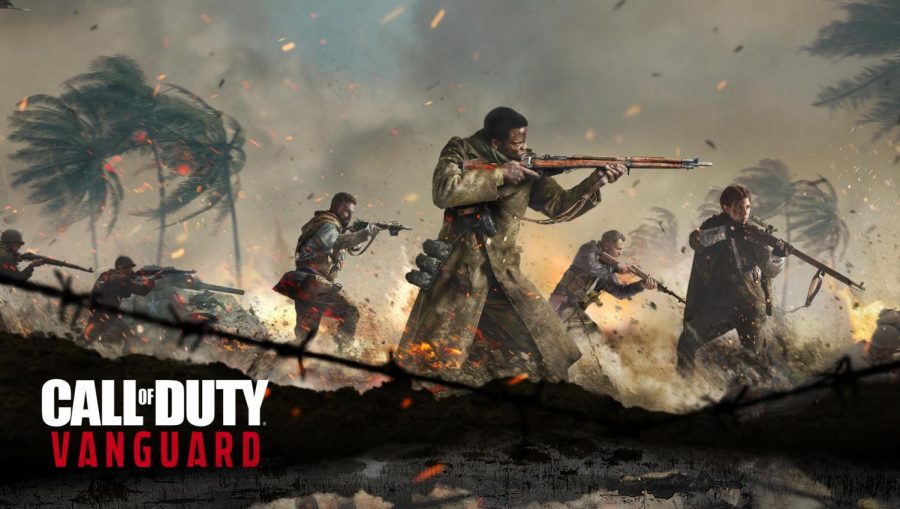 I may have strong opinions on certain subjects, and I’ve certainly judged others from afar more times than I care to remember, but as a rule, I always like to say, “let people enjoy what they want to enjoy.” Sure, I may think that the thing you like is cheap, uninspired or poorly made, but that’s never stopped me from supporting people who are just trying to enjoy themselves.

Sometimes, I just have to accept that no matter what I think or say, people are going to go on buying and enjoying the things they like; there’s nothing I can do about that.

With that said, I humbly ask of you: do not buy “Call of Duty: Vanguard.”

Now, if you skimmed over those first paragraphs and only saw the words “cheap,” “uninspired” and the eloquently stated “just plain unfun” and thought that this is another excuse for an entitled Nintendo fanboy to vent against the “Call of Duty” series, you’d be wrong. Very wrong.

In an action seemingly as inevitable as the heat death of our planet, the latest entry to the “Call of Duty” (“CoD”) franchise was announced in August; “Vanguard,” the 18th game in the series, is releasing this November and, if past sales are any indication, it will blow through the holiday sales charts and be a massive success.

More importantly, however, less than a month before the announcement, Activision Blizzard, of which Activision has been the longtime developer behind the “CoD” series, was sued by the state of California for numerous claims of harassment and discrimination against women, according to Eurogamer.

Now, regrettably, in modern news these words might not hold much significance; they can be used to describe anything from a series of complaints all the way up to sexual assault. So allow me to outline just a handful of the claims made against the company.

The overall “frat boy culture” described included descriptions of male coworkers drinking and playing video games during work on top of the numerous other accusations of sexual assault and misconduct made, such as those of the afformentioned coworkers openly making jokes about rape and womens’ bodies, discussing their sexual history and groping inebriated women at parties, all with the sometimes open support of supervisors.

The report, Eurogamer says, also included a particular description of how a former employee committed suicide due to the sexual relationship she had been having with a male supervisor.

In a story heard many times before, women were reportedly often too scared to come to human resources with allegations because many in the department were friendly with the people committing these acts. The report states that even when claims were made to HR, it failed to take effective measures to curb the abusive environment at the company.

Now, it’s funny how easy it is to overlook the dozens upon dozens of people who work on video games; with almost every major publisher, we gravitate towards a charismatic figurehead for the company while completely ignoring the hardworking individuals who put hundreds of hours into making sure that light reflects off of puddles in just the right way, or that plants react as you walk over them.

For those unfamiliar with the term, “crunch” relates to the intense workload placed or enforced in a work environment, specifically applied to video game studios in many cases, as companies work employees to the bone in order to meet deadlines. This, in combination with stories of major studios cutting jobs by the hundreds seemingly at random, left quite the blemish on the face of otherwise highly acclaimed experiences such as “The Last of Us Part II,” which was widely criticized for winning last year’s Game Awards in spite of the reportedly terrible workplace conditions.

This, however, is more than more than enough; I can hardly find the words to express how ridiculous and unfair this entire situation is, nor should I have to.

Activision Blizzard did in fact respond to the allegations, denying them on practically all fronts. The two words that stick out from their statement, however, are “distorted” and “false,” both used to describe the claims made. The thing is, these sorts of claims cannot be distorted; either women are uncomfortable in the workplace environment or they aren’t. Every additional piece of info is just another reason to be disgusted.

This comes even as other major developers such as Ubisoft and Riot Games have become involved in lawsuits surrounding similar illicit workplace actions, defining a definite and unmistakable trend in the industry.

But, hey, back to the shooty shooty game we all came here for, right?

“Vanguard” was announced with as much pomp and circumstance as can be afforded for a franchise that has churned out a new game every year since 2003; the trailer is riddled with non-stop explosions, gunfire and Nazi murder, all overlaid with a dramatic theme that desperately tries to convince the viewer that this title offers something new and original.

Conspicuously missing at the end, however, was the Activision logo; while the allegations were leveled mostly at Blizzard, clearly someone didn’t want to ruffle any feathers amidst the tight zoom-ins on the faces of racially diverse soldiers in the trailer for such an “inclusive” game.

It’s one thing, however, to change a character’s skin color or to add a ponytail sticking out of a combat suit; it’s another entirely to make actual change in stopping a misogynistic and hateful workplace culture.

Okay, fine. I understand that not everyone is going to have the same response to this news; if you’re a big enough fan of “CoD” to click on this, then you probably already knew of this, and clearly you haven’t collapsed from shock. And while I could sit on my high horse and tell you that it is absolutely wrong in every circumstance to support a company like Activision, I know that not everyone may feel the same.

Heck, even if a company I love like Nintendo was alleged to have done these things, I would still be tempted out of my mind the second they dangle a sequel to “Super Mario Odyssey” in my face.

I promise, I don’t want to take away your fun. I’m not saying these things for shock value or dramatic effect; I’m saying them so hopefully someone will listen. I don’t care if you’ve heard this argument hundreds of times before; but someone needs to say it: don’t buy “Call of Duty: Vanguard.”

You wouldn’t buy a game if a review told you that it suffered from constant game-breaking glitches that make it unplayable; well, this is that. This is my review, and “Call of Duty: Vanguard” is, frankly, unplayable.

I don’t want to be that guy, but of all franchises, can we not just collectively take a year off from “CoD?”

In a game industry that feels like it rewards every slimy, underhanded, manipulative tactic a company can dream up, can we not agree that harassment and workplace misconduct are way past unacceptable?

Is society really at the point where I need to write paragraphs upon paragraphs about why “sexual assault = bad?”

Sure, one individual person deciding not to buy the game may not make Activision quake in fear, but in the end, that shouldn’t really matter.

Even if one was to buy the game with all of this knowledge, would it still be enjoyable?

If your answer was yes, then I have nothing left to say. Everyone is entitled to enjoy what they want to, but can you really look at yourself in the mirror and say that you are prioritizing “CoD” over real people’s lives?

Whenever I hear the argument from parents that video games are desensitizing and corrupting our youth, I’m always inclined to disagree. I love video games, and if you love different games than I do, I have nothing but appreciation for that. We can disagree all we want, but at the end of the day, if the video game community can’t collectively tell Activision Blizzard to shove it, then I really don’t know what to say to those parents.

I wouldn’t want my kids to play a game made by alleged sexual predators. I wouldn’t want anyone to play it; because the day we say it’s OK to have a workplace that encourages assault and misconduct on a regular basis as long as you keep making our “CoDs,” “Assassin’s Creeds” and “Overwatches” is the day we become desensitized past the point of no return.