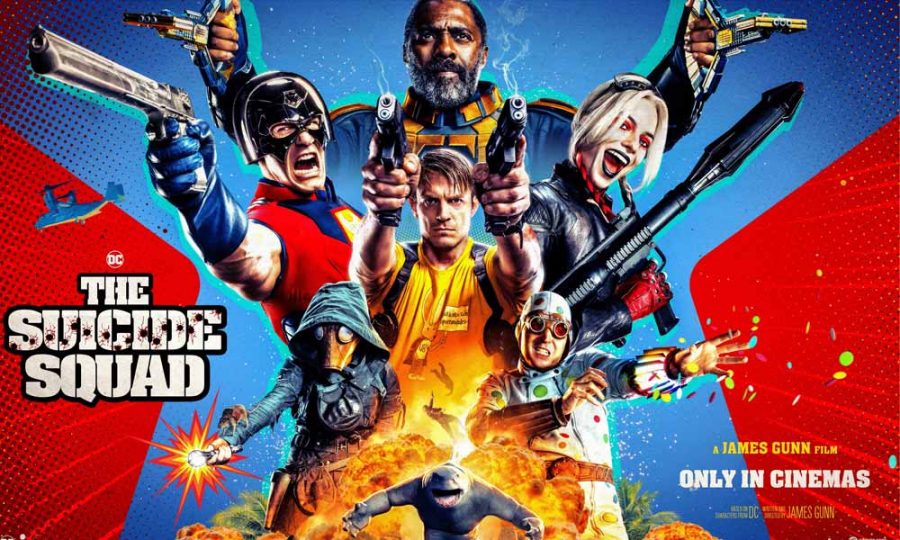 Writing good characters is harder than it looks, especially your main leads. You have to make them likeable and heroic, while still giving them a relatable element that gives the audience an emotional tie to their journey. Now, this is certainly much easier when you have well-established and well-liked characters for your leads already; for example, you don’t really have to do much to make Batman likeable.

He’s already a beloved icon, so as long as he’s not killing people or being unnecessarily violent (hint, hint, wink, wink), you don’t really need to give people a reason to care about him.

This is precisely the case in the recently released The Sucide Squad, available in theaters and on HBO Max. Its inclusion of “The” in the title is an important detail comparable to the classic “Let’s eat grandma” grammar lesson, because of the less-than-desirable reception to the professional dumpster fire known as 2016’s Suicide Squad.

However, whereas the first Suicide Squad included characters with a more-than-one-paragraph Wikipedia page, its sequel-not-sequel dives headfirst into the depths of the DC vault to find the silliest possible characters. If you thought for even one second that this movie would take itself seriously, you need look no further than John Cena wearing tights and a shiny bucket on his head for your answer.

Writer/director James Gunn even stated in an interview that he chose David Dastmalchian’s character of Polka-Dot Man by looking up the “dumbest DC character of all time,” adding to the feeling that the movie has a greater love and appreciation for classic comics than most comic book movies nowadays could dare to claim. It might seem odd at first, but I wholeheartedly appreciated being exposed to characters that don’t already have 15 different LEGO figures made of them.

But these wacky picks aren’t just here to make for funny one-off jokes about how ridiculous their powers are (most of the time). Gunn brings the obscure characters to life so seamlessly and effortlessly that I can’t pinpoint the moment where I started to think of these ridiculous characters as relatable humans rather than expendable pawns.

This shouldn’t come as a surprise to anyone familiar with Gunn’s previous work; after all, this is the same man who made certain you would never look at a Groot garbage truck again without thinking of a tiny dancing tree with Marvel’s Guardians of the Galaxy.

The oddball lineup is brought to life further by an all-star cast that bring a particular irony to their roles as such talented and beloved actors portray characters that most people would assume belong in an Adult Swim parody.

Gunn excels in humanizing broken characters that, by all rights, probably should have been left to rot in the depths of comics collections. By making it so that anyone can relate to them, he shows that you don’t need to be the one plastered on lunchboxes to be a hero. This excellent theming is even more impressive given that the movie managed to make me all misty-eyed mere minutes after showing a giant man-shark bite graphically bite someone’s head off.

As you might be able to tell, Gunn has an incredibly distinct sense of humor that is almost exclusively tied to the movie’s R-rating. Nothing feels graphic for the sake of being graphic (unless it’s for comedic purposes), and it’s clear from the first five minutes of the movie that this needed to be rated R; it’s not there simply to let Batman say “f**k.”

Now, the movie could have gone all-in on the comedy and thrown in a forgettable, “good enough” finale, but instead it challenges you to care about these characters while embracing their flaws and quirks.

I won’t pretend that this movie is for everyone, nor that it’s the magnum opus of the comic book genre. But even though a dark, brooding crime thriller like The Dark Knight may be a near-perfect movie that truly defined the genre, The Suicide Squad makes me reconsider that maybe along the way we forgot what that genre was all about.

Maybe being colorful and unique shouldn’t be the outlier in a genre that was always supposed to be about having fun with zany and impossible characters and worlds. Maybe I don’t need a long and complicated explanation of why and how someone can turn into a giant green monster, or how a glowing lasso magically makes people honest.

I don’t believe that a giant man-shark can walk around ripping people limb from limb, or that a girl can control an army of rats with a glow-wand; but this movie made me believe that after a life of being cast aside and misunderstood, they could form a bond over their shared loneliness, a bond I cared about more than I ever thought I could.

I’m not advocating that all comic-book movies throw any sense of realism out the window just to dump a bunch of money into cool CGI fan service, or that they don’t need a plausible excuse for every plot device. The Suicide Squad works because you can both laugh at and care about these characters, not just because, “Haha, he throws polka dots.”

But while the movie may take every opportunity to let you know that it’s really just all for fun, The Suicide Squad is a perfect example of why just because a movie is fun, it doesn’t mean it can’t be considered art. After so many years of being convinced that the only truly great comic-book movies are the ones that leave you with either a quivering lip or a perpetual grimace, it makes me unbelievably happy to say that a movie with a villain named “Starro the Conqueror” is, undoubtedly, a masterpiece.