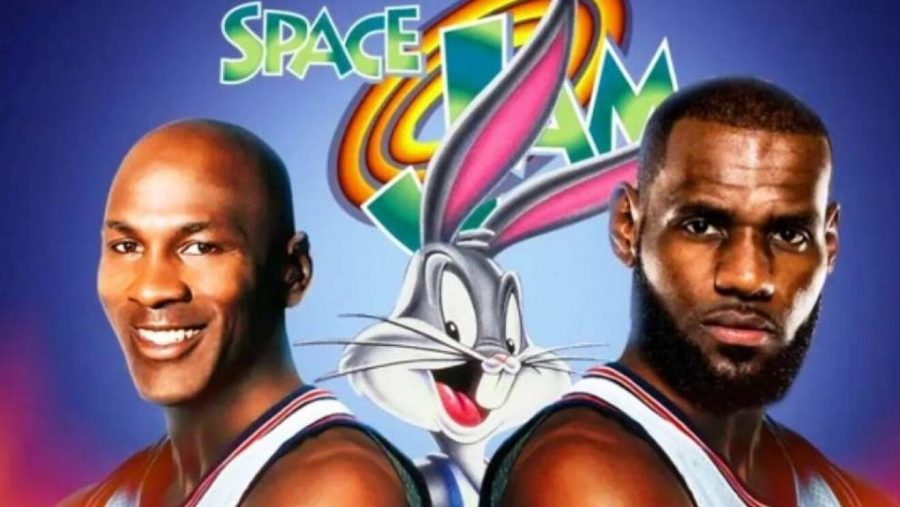 Ever since there were rumors about a new Space Jam movie being released, many people wondered how it would compare to the original 1996 Space Jam starring Michael Jordan.

Once the rumors of a second Space Jam movie starring Lebron James were confirmed, many people didn’t know how it would compare to the first Space Jam and started asking questions on which Space Jam was better. Debates arose over the questions of which NBA star is a better actor, which Space Jam was statically better and possibly which premise do people like more: the Looney Tunes needing the NBA stars help or vice versa?

“I like the NBA stars needing the Looney Tunes help … because it [can] add more cartoons to the movie,” Sophomore Bobby Riefke who has been playing basketball for most of his life said.

Even though Riefke thinks the NBA stars needing the Looney Tunes’ help made the second Space Jam better, Screenrant shows that, overall, audiences preferred the Looney Tunes needing the NBA stars’ help more. But the premise isn’t the only reason why the original Space Jam was rated higher. Reifke says that Lebron James was a better actor even though Michael Jordan’s part in the original movie did not call for enough emotional depth.

The setting of the first and second movies are completely different, except for the fact that the endings both include a final basketball game to determine the fate of the characters. These final games might have the same premise, but they look completely different.

The original movie’s final game is, for the most part, a normal basketball game with a few exceptions. But with Space Jam: A New Legacy, the directors took it to a new extreme and based the final game on a completely twisted version of basketball that Dom, Lebron James’ son in the movie, invented.

“I probably would’ve liked it more if it was about actual basketball rules and not with the multiplier stuff,” sophomore Jacob Kulig, a basketball fan and player, said.

“Going into a digital world was never something I thought they would [do] for a basketball movie,” Kulig said.

Another difference from the original movie was the controversial change to Lola Bunny. Director Malcolm D. Lee, who directed the new version, told Entertainment Weekly that Lola’s new design was intended to focus less on her physical attributes and more on the strength of her character.

When he sat down to watch the original film, Lee said he was immediately “caught off guard” by how sexualized Lola was on screen. The new version of Lola features a less curvy silhouette, and wears baggier clothing than in the previous movie.

Riefke disagrees with her changes in the second movie.

“Her character was boring and bland so her silhouette shouldn’t have been ‘spiced up,’” Kulig said

However, Kulig thinks the new Space Jam is better because he likes the main character more and because it is in better quality.

It is questionable whether nostalgia played a role in deciding which Space Jam was more widely enjoyed. All sources say they watched the first movie a number of years before they watched the second. For example, Riefke first watched the original movie seven years ago.

Rathe says he wanted to see the new Space Jam: A New Legacy to compare it to the first movie and see if it would live up to the expectations that the original had set.

However, there were only a few instances in the second movie that referenced the first Space Jam. One instance of this occurs when Bugs Bunny and Lebron try to recruit Lola for their team.

Bugs says, “Don’t you want to play basketball with an NBA star?” Lola replies, “Been there, done that.”

Although the movies have many differences, according to Rathe, the similarities between them still made them both amazing movies.