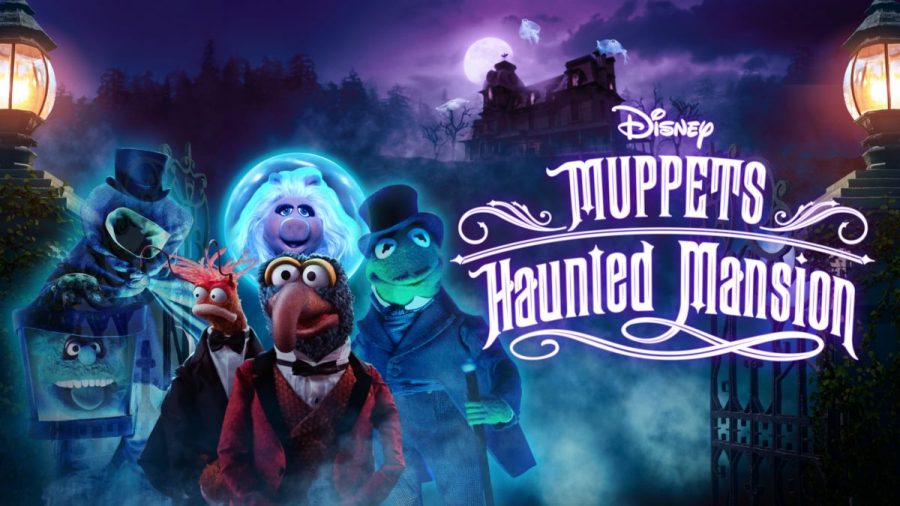 When “Muppets Haunted Mansion” was announced, I found myself legitimately excited to see it. They haven’t been getting much use recently, but I’ve always found the Muppets to be an incredibly fun property; the cast is charming and well characterized, the jokes are funny and the celebrity cameos are done very well. Despite all of these factors though, “Muppets Haunted Mansion” simply wasn’t good. It’s not very descriptive, I know, but it felt like there wasn’t much to describe about the movie. It just wasn’t very interesting, and at first I had a hard time pinning down why that was.

The movie follows Gonzo and Pepe as they explore a haunted house and encounter various ghosts, most of which are celebrity cameos or musical numbers by other Muppets. One ghost, played by Will Arnett, acts as their host and is eventually revealed to be the famous magician who used to own the house.

My main complaint about the movie is its weak plot. This seems frivolous for a 50 minute Halloween special, I know, but it does seriously affect the viewers’ experience. The only selling point the movie offers is that the characters are the Muppets, and it expects that to be enough to carry the viewer through.

However, the movie’s problem isn’t really that its script needs punching-up. In fact, it really needs the opposite. This Halloween special would work infinitely better if instead of using this weird plot as a framing device, it was just formatted like an episode of “the Muppet Show.” This movie isn’t really about the story, it’s about getting to different fun set pieces and musical numbers, so structuring it as a variety show would make way more sense.

Ultimately, I think the real problem is that Disney doesn’t know what to do with the Muppets other than the two movies they already did. It’s a weird property to even exist; it started as a puppet variety show and is now an extensive movie franchise. Before Disney owned them, they were the crown jewel of the Henson Company. Now, they’re one of a billion properties Disney has in their stable.

Back in the day, a Muppets Halloween special probably would’ve been “Muppets Sleepy Hollow” or “Muppets Frankenstein” or something. I hope Disney finds the Muppet formula they seem to be looking for, but as of “Muppets Haunted Mansion,” they haven’t seemed to yet.