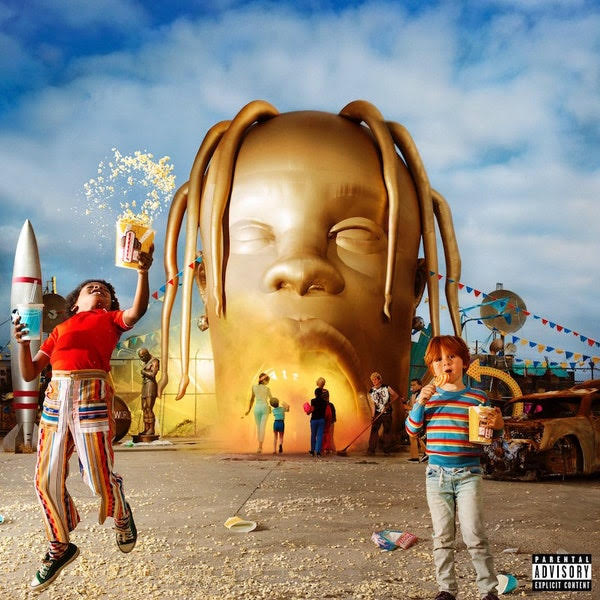 Over 50,000 people crammed together, and multiple were stepped on or completely suffocated by the roaring crowd. This may sound like a dark nightmare, but it was the unfortunate reality of thousands of people on Nov. 5.

With the crowd completely out of control and an overwhelming amount of people squished together in a small amount of space, 25 people were hospitalized and 10 people were killed at Travis Scott’s two-day Astroworld music festival.

The ages of the victims were as old as 23, with the youngest killed being just nine years old. These victims were all either trampled or completely suffocated by the tightening crowd.

Scott’s response to the situation was one that surprised and disappointed me. The apology video that Scott posted to YouTube felt nothing like an apology at all. The video had no sign of sincerity or concern for the victims or their families and friends. Scott even sounded like he just woke up from a nap in the video.

He was unable to even utter the word “sorry” in the one and a half minutes of what was supposed to be his apology. He only described how terrible this whole situation was in a very insincere tone. While he spoke, he rubbed his forehead and looked as if he was trying to remember his lines for the video, for almost the entire duration.

However, the biggest issue I have with this entire situation is accountability. I think that LiveNation, the organizers of this event, are, without a doubt, at fault for what happened. It’s their job to run a smooth event and protect the safety of the fans, and, unfortunately, for the people who attended the concert, they failed to prevent the spacing issues in the crowd.

However, I do believe that Scott is guilty as well. Multiple videos were released after the event showing Scott on stage with very clear audio of cries for help.

Scott was close to the area where people were shouting that they needed help, so it would have been easy to tell that people had no breathing room. But instead of trying to solve the issue, he kept performing.

Unlike Scott, many other musicians have gone out of their way during their concerts to stop the show in order to help a crowd member in need.

The famous rock band Nirvana interrupted their show in the ‘90s when they noticed a young woman being sexually harassed. They immediately stepped in and protected her by stopping the music and running over to help.

A more recent example is from two years ago when Harry Styles checked on a fan in the middle of his concert after she was yelling for some water.

As Scott is a performer, especially one with experience, it’s his duty to make sure his fans are having a good and safe time. But Scott failed to do this, which leads to a bigger question: what should the future of concerts look like?

Large concert gatherings have been around since the ‘60s, and, more than likely will continue in the foreseeable future. This doesn’t mean, however, that they can’t be improved.

Small details can better the safety of the audience at concerts. Water at any music event should be free, and that rule should be mandatory. It should also be easy to find. It’s concerning that crowd members have to buy $8 water or even beg sometimes to be tossed a water bottle from security.

Not only that, but more security should be placed all over concert events in multiple different areas. Not only was the protection of the crowd at risk, but so was the security at the event. A video from a fan shows a poor security guard from the Astroworld concert was being squished with the crowd too; he was all alone with no help.

Adding more security guards would allow them to work together to break up the crowd and keep their safety a priority as well.

Multiple sets of eyes scanning the entire venue might make a big difference and stop the problem from ever reaching the verdict of the Scott concert ever again.

In the future, I hope large festivals like Lollapalooza and Summer Smash take notice of the outcome of Scott’s concert and get ahead on concert organization before it ever becomes a problem as big as it was at Scott’s concert.

The irresponsibility of Scott and the event organizers is something that can never happen again, and they need to face severe consequences whether that means being fined or at least properly apologizing to the victims’ families for their actions.