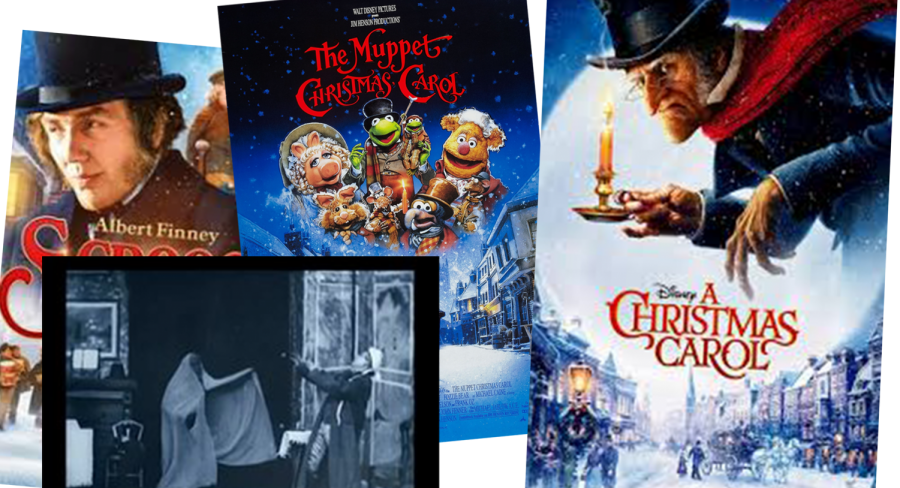 Which “A Christmas Carol”s are Worth the Watch

“A Christmas Carol” by Charles Dickens is undeniably one of the most famous Christmas stories out there. Ever since it was published as a novella in 1843, the story has been a classic tale of the evils of hoarding wealth, various ghosts and the importance of Christmas. However, as one might expect of a story that’s been retold a million times, some versions stand out over others. So if you’re looking for a take on the classic this holiday season, maybe give a few of these a shot.

“Scrooge, or, Marley’s Ghost” was the first film adaptation of “A Christmas Carol” ever made; it’s only about three minutes long and available in its entirety on YouTube. Or, as I later learned, all of what’s survived is available, apparently the original was closer to six minutes. I was really hoping it’d be good, honestly, and not just because I had to watch it. It’d be really easy to say something about a past era of “real” cinema and classical efficiency of storytelling, but it turned out that three minutes might be a little too efficient. All four ghosts were compressed into one, Jacob Marley, who was played by a man with a sheet draped on his head and shoulders like a hood. It also ends abruptly after Scrooge sees his grave, so there is no real indication of the character’s arc. Honestly I don’t know what I was expecting, it’s a three minute silent film from 1901 that is apparently missing a minute or two on either side, they didn’t have much to work with. Unless it’s 11:57 p.m. on Dec. 25 and you feel the sudden urge to watch a Christmas movie before the holiday ends, I’d skip this one.

If you’re looking for a straightforward, standard version of this story that’s still interesting, “Scrooge” (1970) is the way to go. The movie is a musical adaptation of the original story starring Albert Finney in the titular role. It’s a classic, no frills take: old rich miser Ebenezer Scrooge is visited by three ghosts on Christmas Eve and comes out the other end transformed. Finney, despite being only 35 when the movie was released, does incredibly in the main role, to the degree that I didn’t even realize he was in old age makeup until he showed up playing younger Scrooge in the Ghost of Christmas Past portion. The special effects are also fairly well done, especially for the time this was released. The music is fun and well done, and it really helps pad out a relatively short story into a feature-length film. Certain bits of the acting are a little cheesy at times, but that’s part of the movie’s charm.

When some of my friends told me that “The Muppet Christmas Carol” was the best version of “A Christmas Carol,” I assumed that they were, at least to some degree, joking. As it turns out, they weren’t. While lighter and more comedic than most of the other interpretations, this movie is legitimately incredibly well done in basically every respect. Other than Michael Caine leading as Ebenezer Scrooge, nearly every named character in the story is played by a muppet. Caine unsurprisingly puts on an incredible performance, but less expected was the legitimately well-acted performance of the various muppets. It’s truly an incredible act of puppetry for someone to effectively convey Bob Crachit putting on a brave face for his children while battling inner turmoil over the death of his son, all through a Kermit the Frog puppet. Gonzo also acts as a narrator playing Charles Dickens, allowing for some fun bits of prose to show up from the original that don’t make it into most adaptations. The extensive use of muppets and practical effects also make this version age much better than the ones that leaned more into special effects for the supernatural elements. Overall, the Henson Company did an excellent job as usual, as did Michael Caine.

When looking at this movie from the outside, it seemed absolutely wild. What’s with the uncanny CGI animation? Why is Jim Carrey playing Ebenezer Scrooge, but also all three of the ghosts? Why does CGI Scrooge still look like Jim Carrey, except if he was a goblin? But, upon closer examination, the movie is a pretty standard, if slightly off-putting, take on the story. The voice acting is legitimately impressive, and the use of animation does help integrate the supernatural elements better than live action usually does. However, while the animation was very impressive when the movie came out in 2009, it also has made this movie age way worse than any other version. This movie would probably be unbelievably good if you saw it in 2009, and the ways they decided to make the scenes more visual are still very clever, but the CGI just comes off as janky to a modern viewer. The movie itself isn’t too bad, but with how far 3D animation has come since then the visuals come off as distractingly outdated.

Whichever version of the classic you end up watching, “A Christmas Carol” is a fun, classic and very relevant story that anyone can enjoy. There are countless versions of this story that I couldn’t include, but every version I’ve ever heard of still carries the same messages of charity, goodwill and of course the evil of hoarding wealth. So despite being over a century old, any version of “A Christmas Carol” is still worth watching. Other than that 1901 one, actually. Don’t watch that one.