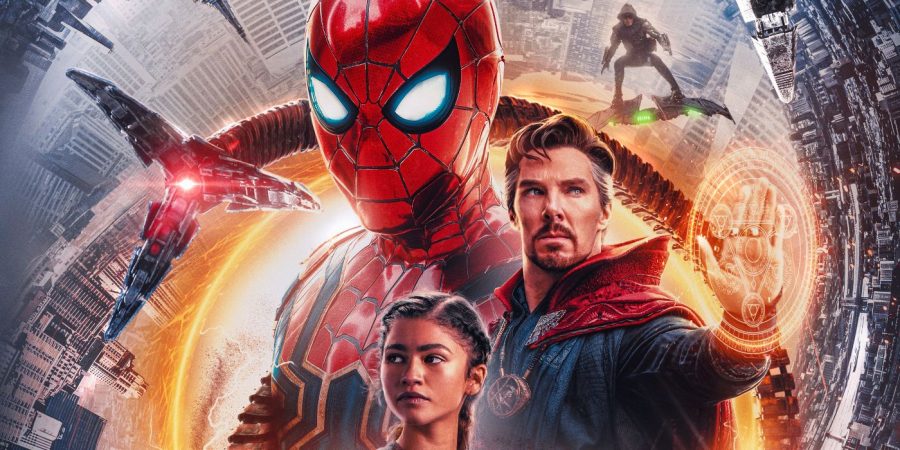 What started as an obligation for me to see turned into my favorite Marvel movie to date in the span of 2 hours and 28 minutes, but I guess that’s the power of “Spider-Man: No Way Home.” Or maybe it was the multiverse messing with me, I don’t know for sure.

What I do know for sure is that “No Way Home” wasn’t a plot movie; it was the characters that really took it to the next level. Currently sitting in sixth for the highest lifetime grossing movies and with a Rotten Tomatoes score of 98%, the third movie of the Tom Holland trilogy was filled with characters that you were rooting for the whole time, and the ones that you love to hate. For the first time ever, I can say that one of my favorites was Peter Parker himself.

When introduced in “Captain America: Civil War,” Peter Parker was the annoying and whiny wannabe-Avenger that I couldn’t stand. I got sick of constantly hearing “Mr. Stark, Mr. Stark!” that I made the decision to skip over the Spiderman movies all together. Fast forward to the night I’m supposed to see “No Way Home” on the big screen and I’m cramming in “Spider-Man: Homecoming” and “Spider-Man: Far From Home” as fast as I could, I was starting to not mind him so much.

As soon as the lights dimmed in the theater and I heard Mysterio’s voice coming through the speaker, something in me was already hooked. Starting right where “Far From Home” left off, Peter Parker, or should I say Public Enemy #1, is blamed for the murder of the so called “inter-dimensional hero,” Mysterio. Yeah, thanks a lot Jake Gyllenhaal. Things can’t seem to get worse for Parker after he can’t get into any of his college choices, along with his best friend Ned and girlfriend MJ, but they do.

Seeking out the help of his fellow space cadet Doctor Strange, the sorcerer is able to cast a spell to make everyone forget that Peter Parker is Spider-Man, per Peter’s request. However, Parker realizes that his request was a little too vague, and changes Strange’s spell five times. Cough cough, big mistake, cough cough. Instead, it starts bringing in everyone who knows that Peter Parker is Spider-Man, regardless of what universe they’re from.

Right off the bat, Peter encounters a vast variety of villains out to get him. Doc Ock, Green Goblin, Electro and the Sandman (no, not the Metallica song,) face off against Peter, thinking they are different versions than Tom Holland’s Peter. All Peter wants to do is help, but these guys have their own motivations. Things start to go south quickly, and a defeated Peter thinks all hope is lost.

This is when I knew that Peter Parker had changed. He wasn’t whining or complaining about what he was going through, he had raw emotion and real tears. It was the first time that I had seen these layers to him, and Tom Holland was able to bring that new side to the character that was needed. Without Holland’s performance, I doubt Peter would have captured my heart so much.

For me, it was also seeing Peter’s interactions with his two partners in crime, the handful of somewhat misunderstood villains, and other versions of himself. Seeing three Peters swing across the Statue of Liberty gave me goosebumps, even though I had little background knowledge on the whole Spider-Man story. Don’t worry though, I went home that night and planned out a binge. If Tobey Maguire and Andrew Garfield had a special place in your heart as a hero back then, this blockbuster is for you.

Ultimately, Peter was forced to make a lot of hard decisions in an un-ideal amount of time, and not the type a typical senior in high school would have to make. It became bigger than getting into his dream school, MIT, it was about saving the people he loved. Well, the universe too. With a tragic ending to wrap up the film I cried multiple times in, it really left me with an outstanding question: where does this go from here?