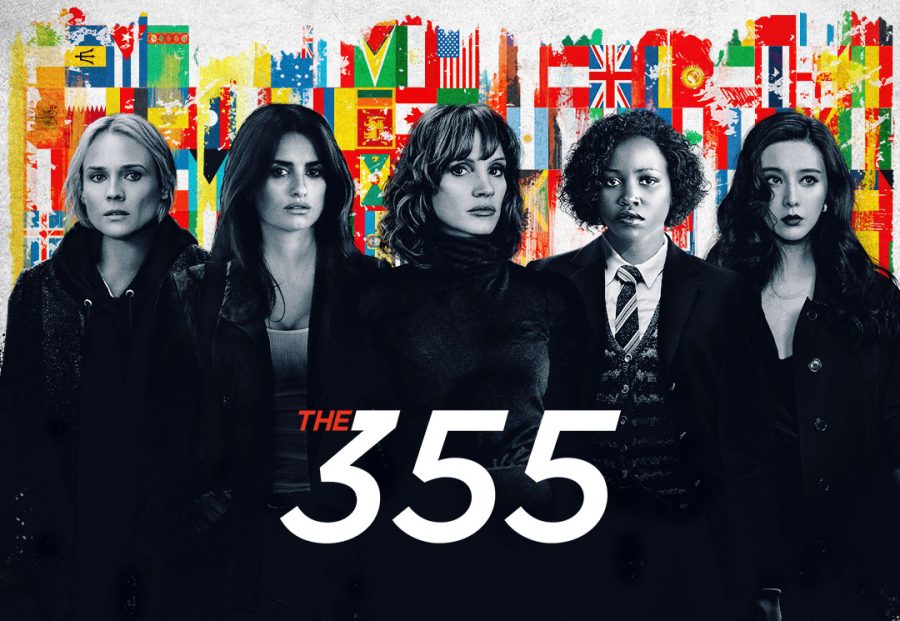 “The 355” Weighed Down by Spy Clichés

Spies, a faked death, a reluctant team of badasses, a couple close calls, a side romance, and a double agent. Sound familiar? It should. It sounds like every generic spy movie ever made!

From Ethan Hunt to James Bond to Austin Powers, spy movies have been a staple of the film industry. Everyone is a sucker for a good action movie because spies are super cool! Right? Even “No Time to Die,” the Bond movie that wasn’t really expected, earned approximately $55,225,007 in box offices (US and Canada) in only the opening weekend. “Mission Impossible” has made six movies and over 3 billion dollars in the box office worldwide. So, I don’t think it’s a stretch to say that people like to spend their money on spy movies. Myself included. But in my opinion, “The 355” is no different than it’s mostly male counterparts.

This is not to say I didn’t enjoy the movie. “The 355” is a well written movie. It was a good two hours of exciting chases and plot twists. It had some big names such as Sebastian Stan, Jessica Chastain, Penelope Cruz, and Diane Kruger. It had its suspenseful moments and the action and the stunts were incredible. I don’t hate the movie. I hate the fact that I knew what was going to happen.

Because, like most, I loved the “Mission Impossible” Franchise. I adored the Bond movies. I watched all the spy movies that came out on Netflix during quarantine. I enjoy the suspense of “will he make it out alive?” and the action of “Oh no! The bad guys are getting away!” I enjoyed watching “The 355” for all of its spy moments. And perhaps I enjoyed it for its familiarity.

At the end of the movie, we see our main characters say “see you next time.” There wasn’t a bad guy left living and they completed their mission. So maybe this will stand on its own. Or maybe, we may just be in for another long decade of spy movies. And who knows, maybe I’ll be surprised and they’ll find a new plot to these kinds of movies. Or they won’t. And maybe we will forever watch the same movie just with different names.