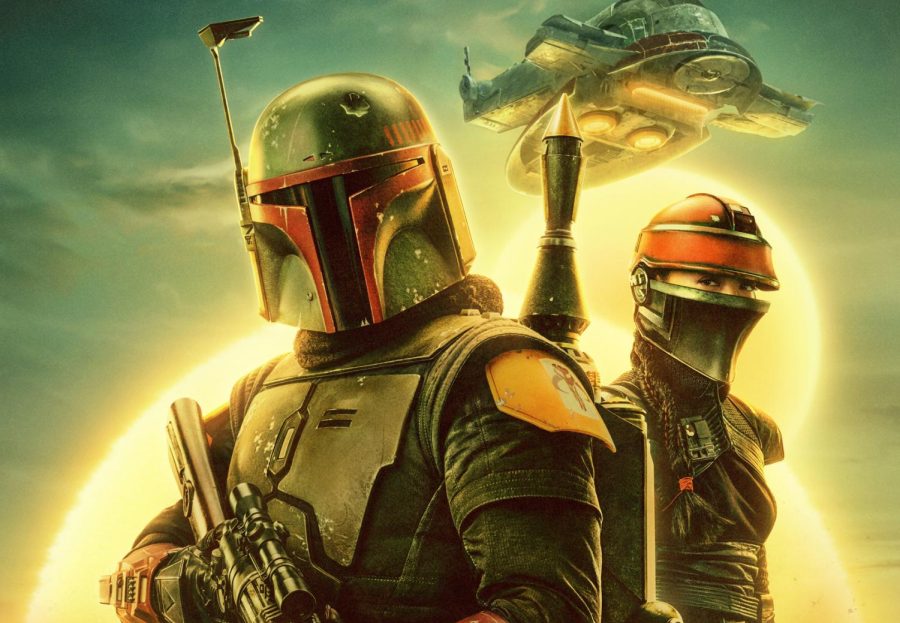 “The Book of Boba Fett” Puts Fan Favorite in Spotlight

Finally, after 43 years, the legendary Boba Fett gets his own show. The pop-culture icon first appeared not on the big screen, but at the San Anselmo Country Fair parade in 1978. He was then featured in the notoriously awful “Star Wars Holiday Special.”

But most people know him from “The Empire Strikes Back,” which is arguably one of the best Star Wars films ever made. Despite having very little screen time, Boba Fett launched into fans’ hearts and pop culture legend. Now, the time has come for Boba Fett to star in his own show.

The show was revealed in an end credits scene at the end of “The Mandalorian” season two. The series stars Temuera Morrison as Boba Fett and Ming-Na Wen as Fennec Shand, a deadly assassin and Boba’s right-hand woman. Temuera Morrison previously played Jango Fett in “Attack of the Clones,” who is Boba Fett’s clone father. He was also involved in other Star Wars projects, like the video games “Star Wars: Bounty Hunter” and “Star Wars: Republic Commando.”

Three episodes of the series have already come out, with the first episode premiering on December 29. A new episode will be available on Disney+ every Wednesday. When I watched the first episode, it was not exactly what I expected. In my mind, I imagined the episode being full of Fett kicking ass and taking names. But while there was plenty of action, Fett was much more vulnerable than I expected. I wouldn’t say I was disappointed with this, but I was a little underwhelmed.

Don’t get me wrong, the show was pretty great. It was well shot, well acted, well written, and the soundtrack is beautiful. And while critics may not look on as kindly as I do, this series seems to really be for the fans of Star Wars with cool details and characters that are sure to please the die-hard lovers of this franchise.

What I really think this show is focusing on is character development. One unique storytelling technique the show uses to help do this is flashbacks. Boba Fett will enter a bacta tank each episode (a device that submerges the user in bacta, an extremely useful healing substance) and the story will switch from present time to the past, where Boba’s journey up to this point is retold. While at first the flashbacks felt a little slow and clunky, I soon realized their importance in furthering the character of Boba Fett.

And that’s what I think a lot of the show will be doing. Besides introducing new (and old) characters into the universe of Star Wars and weaving an exciting adventure, “The Book of Boba Fett” will also be taking a closer look at Boba himself. I believe that we will watch the character develop over the course of the show, until he finally makes his way back to full health and returns as the super warrior we know him to be.

All in all, “The Book of Boba Fett” looks like it’s on the right track to become worthy of the legendary bounty hunter’s name.