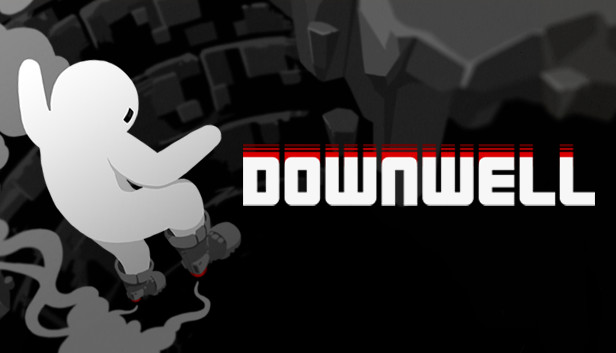 Phone games have something of a reputation for being cheap cash grabs. They’re full of invasive ads, pay-to-win microtransactions and countless other predatory methods of trying to sap money away from players. It’s just a fact of life, mobile games just aren’t worth it. Right?

“Downwell” is a game about falling into a well and fighting monsters using a pair of boots that fire bullets. It was released back in 2015 by indie game studio Devolver Digital, who are probably better known for “Death’s Door,” which they made last year. It doesn’t seem like much based on the short description, but that lack of complexity is actually part of its genius.

In the actual gameplay, the player has three buttons: one to walk left, one to walk right, and a third to fire the “gunboots.” These boots are the main mechanic of this game; they serve as a jump/midair boost for the character, but they also fire bullets that can damage enemies and terrain. The goal of the game is to make it through a series of randomly-generated levels, traveling deeper and deeper into the well. The graphics are faux-retro (retraux, if you will) pixel art, with very cute characters and clean animation.

The really brilliant part of this game is the way it utilizes the unique properties of a phone as a console. Most games (other than the cash-grabby type) available on phones are just attempts to port games from other consoles, and while some work fairly well they’re almost invariably just clunkier versions of existing games.

“Downwell,” however, knows how to take advantage of a phone while being aware of its limitations. This is most clear in the verticality of this game. Most mobile platformers, like Nintendo’s “Super Mario Run,” elect to automatically keep the player moving forward, as they know that it’d be a waste of limited screen real estate to force the player to hold a button the whole time. However, I always found that feeling somewhat off; it feels like the game is playing itself.

“Downwell” knows how to balance those two issues though, in a way most players won’t even notice. The game doesn’t automatically keep you moving, but by the simple mechanic of the goal being downward, gravity itself serves the same function without taking agency away from the player.

The game feels like some unearthed NES-era gem, other than the fact that it’s so carefully crafted to work well on a phone. The power-ups and different character classes (or “styles,” if you ask the game) are varied enough that the game is endlessly replayable, of course also aided by the randomly-generated levels.

The game is also available on more traditional consoles, such as Nintendo Switch and PS4, but if you have an Apple or Android phone I strongly recommend the mobile version. It’s just fun, and it shows a sort of window into the alternate universe of highly-accessible, actually good mobile games.

“Downwell” isn’t the only good mobile game out there. There are plenty of others that I enjoy pretty often, in fact. However, “Downwell” represents the peak of “real” gaming on mobile devices. It’s innovative, fun and brilliantly crafted, and I’d highly recommend it for anyone who it’s available to.