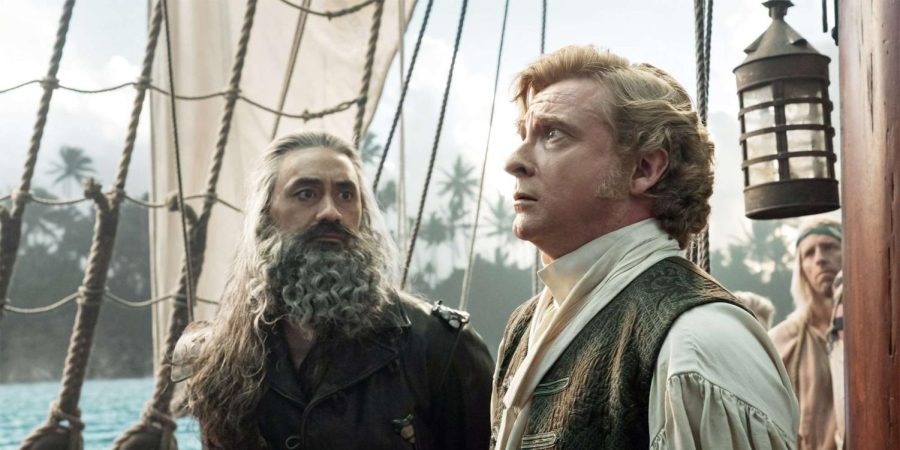 Sometimes when reviewing a new piece of entertainment, a writer will say that whoever made it “has done it again.” “Wes Anderson Has Done It Again” said ArtReview about his newest movie, and for my money I always thought that was sort of lazy. Really, that’s all you have to say about it? He’s done what again, made a film? Really I thought it was just what you wrote when you couldn’t think of anything to say.

Until, that is, I realized that sometimes that was all there was to say. And with “Our Flag Means Death,” Taika Waititi has truly done it again.

“Our Flag Means Death” follows the adventures of Stede Bonnet (played by Rhys Darby), a wealthy man in 1717 who decides to abandon his life and become a pirate. Of course, he has no experience doing anything of the sort, but that doesn’t stop him from hastily assembling a ragtag crew and beginning his career of piracy. He eventually runs into the infamous pirate Blackbeard (played by Waititi himself) and his crew, and things only get more wild from there. While it may sound like a piece of historical fiction, it’s more accurately a workplace comedy with fun pirate action, plus a sincere dramatic arc you’ll certainly be pulled into.

The show also completely disregards any concern for historical accuracy; most of the characters are completely fictional, and those that were real people share little other than what you would learn from reading the first line of their Wikipedia page. One of the members of Bonnet’s crew even wears a pair of black crocs for the entirety of the show. They claim the show takes place in 1717, but really it’s just whenever works best for the joke.

I’d also be remiss not to mention the massive amount of LGBTQ+ representation in this show, although the things the word “representation” usually refer to feel somewhat hollow in this case. Usually when people say the word it means some new corporate property has a single line or a two second clip mentioning some background character is gay (looking at you, Disney). In “Our Flag Means Death,” it’s an integral part of the show.

Without spoiling too much, Bonnet spends most of the show in a sitcom-esque development of a gay romance, which is made explicit by the show. He’s not the only one, either. Two members of the crew, Lucius and Black Pete, are casually in a relationship from the start. Another character, named Jim, uses they/them pronouns for the majority of the show. The show’s complete disregard for actual history also allows all of these without it being a show about the oppression these groups have faced, which is pretty refreshing. Even in shows taking place in the present, that’s fairly rare.

Waititi, the show’s creator, is probably best known for directing “Thor: Ragnarok,” which did carry some of his signature charm under the MCU quipping, but this show would more accurately be compared to his other works which he had personal control over, like “Jojo Rabbit” or “What We Do In The Shadows.” This show, like his previous works, are hilarious and charming, as well as legitimately engaging and sincerely interesting.

“Our Flag Means Death” is the type of show that I think everyone can and should enjoy. Although it only has ten episodes right now, the interesting characters and the dynamics between them are the type that could carry a show for years on end. Each episode is only half an hour long, but they still manage to pack more of a punch, both comedically and dramatically, than shows with double the run time.

It’s truly one of the best shows I’ve seen in a while, so if any part of it sounds interesting to you, I can’t stress enough how much you should watch it. Also, I’ll probably be talking about it forever, so just for the sake of conversation, check it out.