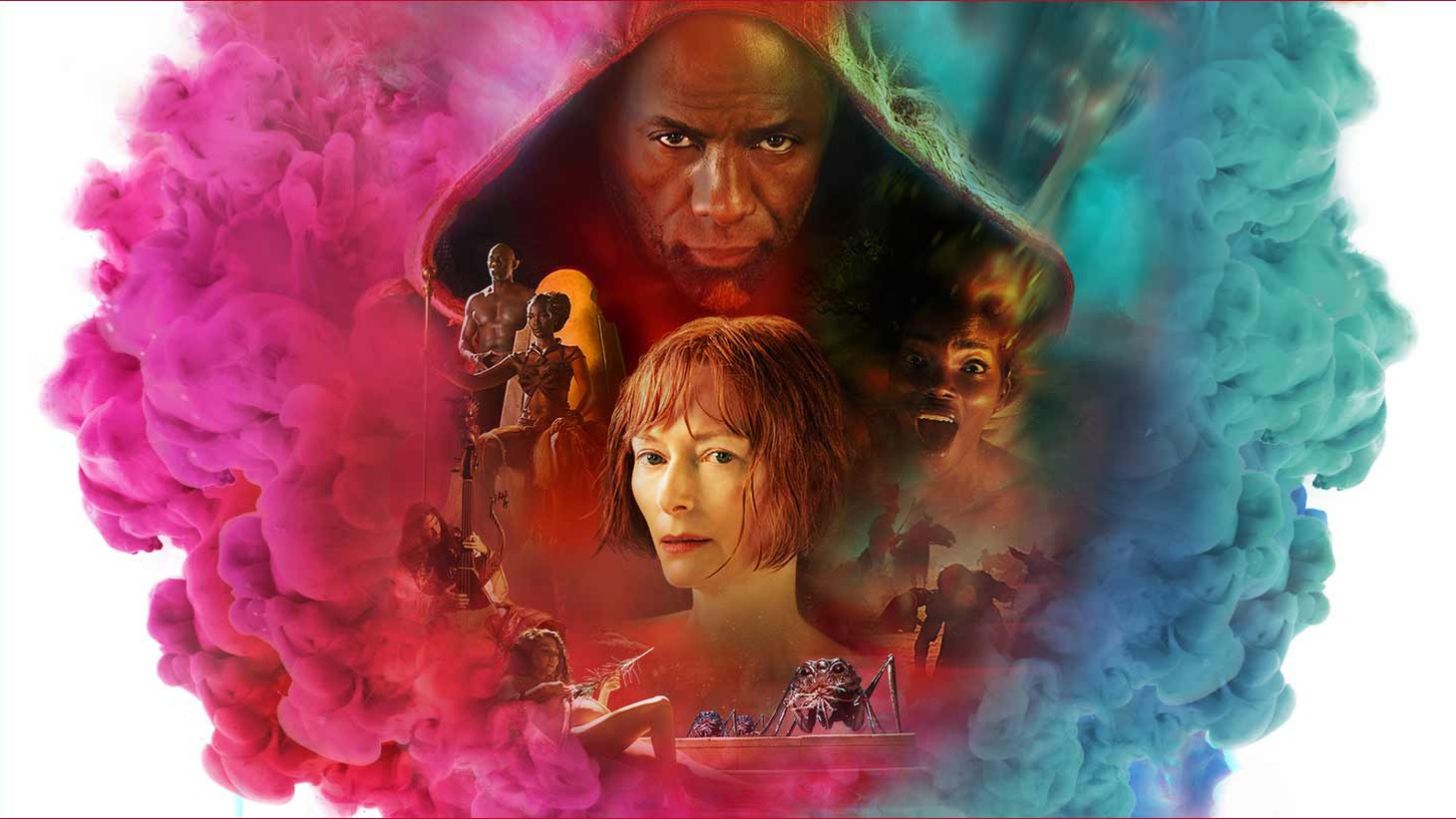 What would you wish for if granted three magic wishes? A billion dollars? World peace? A glittery, flying unicorn? A movie starring Idris Elba with disturbingly pointy ears?

Well, writer/director George Miller’s latest film, “Three Thousand Years of Longing,” is sure to check at least one item off that wishlist, even if it is notably lacking in the unicorn department. Coming off of the critically acclaimed “Mad Max: Fury Road” in 2015, Miller’s newest movie serves as a rich deconstruction of popular myths and fairy tales, even in spite of its seemingly hackneyed premise that could easily belong to one such legend.

The story follows Alithea Binnie (played by Tilda Swinton), a mild-mannered narratologist who predictably chances onto a bottle containing a djin, or genie, who has been trapped for read-the-title-of-the-movie years and requires her to make three wishes of her heart’s desire in order to finally set him free. As Binnie puzzles over what she should use her wishes for, the djin (Elba) recounts stories of his captures and various failed attempts at escaping imprisonment in order to satisfy her curiosity and jog her imagination.

Swinton and Elba share a natural chemistry that makes all of their scenes together charming and enjoyable, even in spite of the rather uninteresting hotel room setting in which the majority of these conversations take place; however, the vivid flashbacks to the djin’s stories are where the film truly shines creatively.

While “flashbacks” might be a bit of an understatement for these often 10-15 minute cutaways, their visual and thematic variety is a treat to behold. Though these stories are, as Alithea often puts it, “cautionary tales” with somewhat cliché setups and outcomes, this does little to detract from their enjoyably campy nature, and Miller’s use of lighting and elaborate sets creates captivating and refreshing interludes that effectively flex the creative talent of all involved.

However, as fun as these flashbacks are, especially in combination Elba’s entertaining narration, their elongated nature creates something of a disconnect between the splashy and artistic stories the djin tells to Alithea and the slower, more understated scenes back in the hotel that develop the relationship between the two.

This is especially noticeable in the last act of the movie, which, while not entirely disconnected from what came before, doesn’t have the emotional and structural foundation it requires to back up its long string of thoughtful, slower-paced scenes. This leads to many poignant moments that feel less earned than they deservedly should when compared to the directing and acting talent that was poured into them; this issue is little helped by the movie’s overabundance of themes and messages, none of which seem to rise to the top as being the natural purpose of the film.

On one hand, it’s a movie about the relevance of stories and myths in modern culture; on the other, it’s about the nature of love and the purpose of relationships. While both themes are adequately explored and developed throughout, the movie frustratingly never seems to claim one as its reason for being, leading to a cinematic experience that boasts plenty of style and flair but seemingly has little interest in attempting to tie all of its varying plot threads together.

And while story for the sake of story is certainly enough to carry a movie, especially one of this caliber, one can’t help but wish the filmmakers had stuck more clearly to one particular vision rather than choosing to dip their toes into too many pools at once.

In many ways, “Three Thousand Years of Longing” is a frustrating movie: its best and most entertaining bits are those that have the least to do with the main plot, while that same plot is simultaneously harmed by the detractions from its overall cohesiveness. While its effectiveness as an overall product may vary from viewer to viewer, the movie still makes for a fun viewing experience with plenty of emotional twists and turns throughout to keep things constantly engaging, and it’s hard to argue that what’s provided isn’t worth the price of admission.

In spite of its faults, it largely succeeds at providing the surreal, intriguing narrative one might expect, and it still makes for one of the best and most expressive theater experiences of the summer.

That is, of course, if the theater is already out of complimentary unicorns.