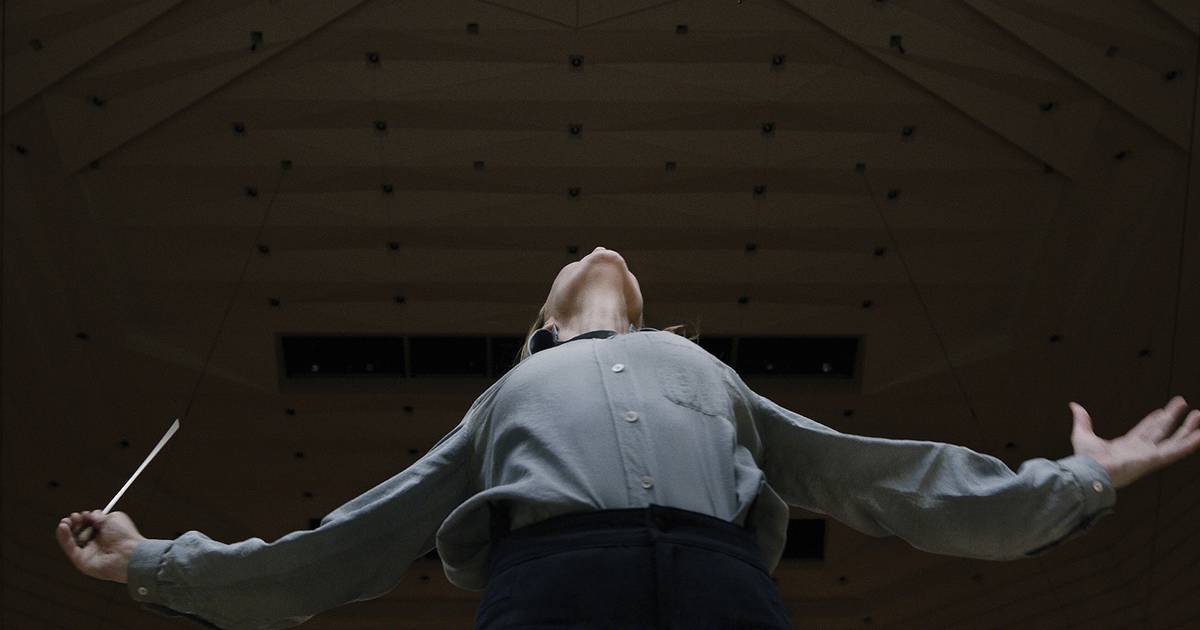 ‘TÁR’ delivers a compelling narrative of a maestro’s downfall and features one of the year’s standout performances by Cate Blanchett. (image courtesy of the Chicago Tribune)

‘TÁR’ delivers a compelling narrative of a maestro’s downfall and features one of the year’s standout performances by Cate Blanchett. (image courtesy of the Chicago Tribune)

It’s easy to admit that I’m not a musical person. I can bop along to a melody well enough, and I’ll always be the first to start an annoying whistling tune at the least opportune times imaginable, but outside of that, I tend to fall flat (or is it sharp?) on my rhythmless face.

I had only a brief and highly uneventful stint as a middle school bass clarinet; I wish I could say that I relied on my “fake it ‘till you make it” strategy during those years, but that would imply that I “made it” in the first place, which I most certainly did not. And with a singing voice that is barely passable by carpool karaoke levels, it should be fairly easy to tell that I haven’t a musical bone, muscle or organ in my body.

It’s for this reason that I’ve never attempted to review music; sure, I can almost always tell you what songs I do and don’t like, but put any song in front of me that holds itself together in a relatively forceful and coherent manner, and I’m bound to be fooled into liking it.

This is, somewhat ironically, the exact case with Todd Field’s “TÁR” (minus the fooling), a weighty recounting of a fictional maestro’s fall from grace as she navigates the perilous world of, you guessed it, orchestra politics.

The obscure subject matter, combined with the movie’s formidable runtime of 2 hours, 38 minutes, makes for a potentially daunting experience, no doubt. And while Lydia Tár is an entirely fictional character, it surely would have been a simple matter for Field to run with the typical Hollywood structure for a movie like this, manufacturing all the drama and spectacle that one might expect from movies like “Elvis” and “Bohemian Rhapsody.”

But, rather than B-flat and uninteresting, the film opts to tell A-sharp and personal story that highlights everything the viewer needs to know without simply running through a checklist of plot beats, slowly pulling back layers on its Cate-Blanchett-shaped Russian nesting doll.

This is, of course, the driving force of the film; nothing in the movie would have nearly as much weight were it not for the baton-swinging, pill-popping, monologue-giving, borderline-sociopathic elephant in the room: Cate Blanchett’s performance as Tár.

To say that Blanchett carries the movie as well as Tár carries a tune would be an understatement; she effortlessly embodies all of Lydia’s charisma and hubris while simultaneously giving her an immense amount of relatable vulnerability that leaves you yearning to find out what happens next rather than explicitly rooting for her.

By deliberately picking and choosing scenes throughout Tár’s quest to perform Mahler’s “Symphony No. 5” — a piece portrayed as the white whale of her career — the movie builds a clear sense of who Lydia Tár is without having to ever spell it out for the audience. Seemingly mundane scenes, such as an afternoon jog or a late-night scare, build a clear image of what drives her as a character while still leaving plenty up to the viewer’s imagination.

In fact, if one were to posit any complaint at all with the film, it would be that perhaps too much is left to the audience’s interpretation. The plot expertly builds to a grand climax — a crescendo, if you will, — but it’s glossed over so quickly that it’s difficult to piece together details or form a strong emotional response upon first viewing.

But then again, the film’s “journey-not-the-destination” approach keeps the story engaging, especially in the third act where a lesser movie might begin to lose steam. The film is almost like a mystery in this sense, forcing the viewer to piece together clues that will put Tár’s self-destructive actions in perspective.

The devil is in the details with “TÁR,” and the fact that it’s an entirely fictional story rather than a vibrant replastering of a real person’s life allows the film much more freedom to tell a coherent and multifaceted story that doesn’t feel the need to hop through decades worth of plot in order to deliver its point.

Lydia Tár is, of course, more than a one-note character, and it’s easy to view the film as a symphony in her honor: a magnificent, sorrowful concerto that begins boisterously and fades out long before the listener even has a chance to notice.

The film is shot very much as if from the perspective of an outsider looking in, adding even more allure to the already tightly-composed narrative. No shot or scene feels wasted; the entire film works together to deliver its vision to the audience in a, dare I say harmonious, fashion.

“TÁR,” much like the character it depicts, is deceptively simple. What should be a by-the-books, biopic-esque movie is elevated by Blanchett’s firecracker performance — one that has already rightfully stirred Oscar buzz — and an undeniable sense of purpose and meaning throughout.

It may not offer much for those who already feel out of tune with its admittedly heavy premise, but for those looking for a challenging yet rewarding watch, Field’s visionary film hits all the right notes.