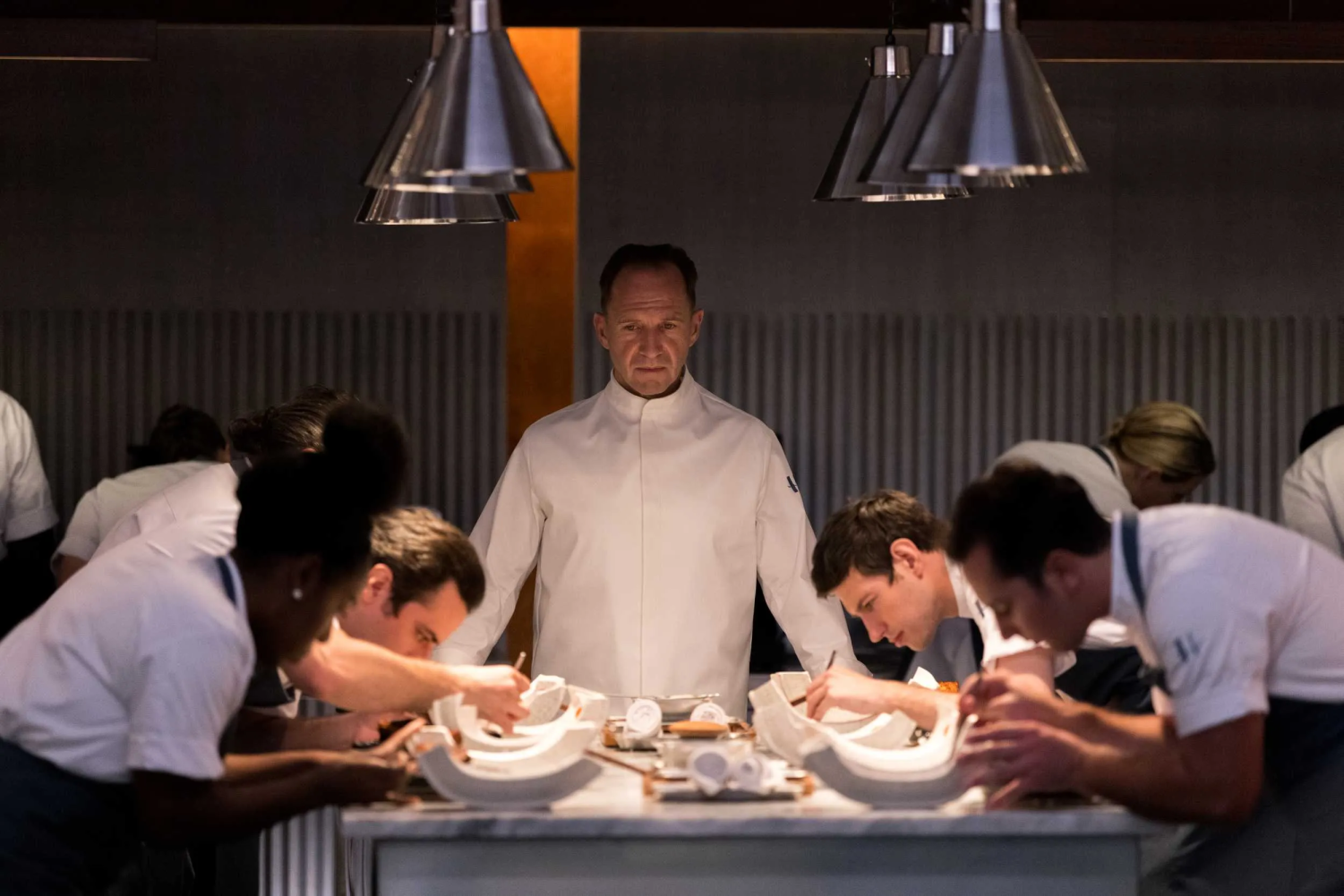 ‘The Menu’ review – Compliments to the chef

There are many rare ingredients that one can use to make an incredible work of art, but “The Menu” needs only one, and it doesn’t take an experienced foodie to figure out which.

Directed by Mark Mylod, “The Menu” tells a bizarre but intricately woven tale about a high-price and even higher-minded island restaurant run expertly by Chef Julian Slowik (Fiennes), who offers guests not just a meal, but an experience, one that will transform not just their taste buds, but the way that they look at food in general.

The only problem? These particular guests are about to get more than they paid for, as it turns out that Slowik’s food might literally be to die for.

Despite its somewhat intimidating premise, “The Menu” balances out its suspenseful, thriller-esque plot with an unexpected — though certainly welcome — amount of humor. In fact, almost every scene is funny in a sick, twisted sort of way, which is precisely what makes the movie so darn fun.

Tense and frightening moments aren’t funny because they’re jokey or overtly humorous; the movie simply plays into its own absurdity, full-force. The movie seems to be saying, “Yes, this fancy chef has now decided to run the world’s first culinary social experiment on a group of unsuspecting strangers, and yes, it’s going to be an absolute blast.”

The film can be scary, yes, but it relies more on a pervading sense of mystery and dread to raise the intensity, rather than any hackneyed jumpscares or horror tropes, as things devolve more and more with each course.

The cast of characters who dine at Slowik’s island feel almost ripped out of a modern-day Agatha Christie novel, with the party ranging from douchey business executives and island regulars to washed-up movie stars and stuck-up reviewers (*cough, cough*); however, the main character, Margot, played by Anya Taylor-Joy, is the only character who doesn’t buy into the fine-dining fanciness from the start, making her a perfect vessel through which the audience can experience such a wild story.

The real star of the show, though, is clearly Fiennes, who effortlessly captures the head chef’s intimidating, if somewhat pathetic, nature, breathing untold amounts of life and screen presence into every scene.

It may sound like an exaggeration to say that something as small as Fiennes’ facial muscles could be what “makes” the movie, but it’s hardly hyperbole to say that practically every close-up of Slowik produced either intense intimidation or rapturous giggling, with very little leeway in between.

Both expressions are wonderfully complimented by the film’s delicious sense of irony, one that hits home a well-placed message about wealth as the restaurant’s patrons get their — shall we say — just desserts.

While it may sound like a bit of a been-there-done-that sort of premise for a horror movie, the film is packed full of fresh ideas, and once the other shoe drops, the movie is almost relentless in its pursuit of unique ways to surprise, terrify and engage audience members.

No matter what emotion “The Menu” conveys, however, it’s hard to deny that it is anything but a complete package. With heavy doses of humor, tension, social commentary and even some unexpected tenderness thrown in to boot, the movie provides a tremendous amount of bang for one’s buck and easily earns its title as one of the most downright fun films to see in theaters this year. Whether in the mood for a full-course meal or simply some scrumptious comfort food, “The Menu” is sure to leave any moviegoer wanting to come back for seconds.