Another Emmy wasted on ‘The Big Bang Theory’ 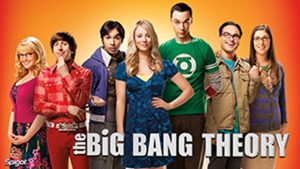 This past weekend, the primetime Emmy awards honored the television shows that, in the past year, displayed outstanding performance in their respective fields. For the female and effeminate viewers, the red carpet celebrity outfits are a theater of the absurd and trashy alike.

Speaking of trash, this year CBS’s “The Big Bang Theory” won three awards: Outstanding lead actor in a Multi-Camera Series for Jim Parsons’ performance as Sheldon Cooper, Outstanding Technical Direction, Camerawork, Video Control for a Series and Outstanding Guest Actor in a Comedy Series for Bob Newhart’s appearance. Furthermore, it was nominated for five more, including the prestigious Outstanding Comedy Series, which it thankfully did not win.

The Big Bang Theory exemplifies everything that is wrong with modern television. Not only is the lead character, Sheldon Cooper, based entirely on every stereotype for Asperger’s syndrome under the sun, but the show itself is written with a mentality that can only be described as childish (example). Specifically that of a slow-witted child.

The audience is pressured into laughing at mediocre jokes by the overzealous laugh track (HAHAHA) that punctuates every other word (HAHAHA), even the (HAHAHA) ones that aren’t (HAHAHA) funny with the artificial (HAHAHA) laugh of a (HAHAHA) robot with a terrible sense of humor (HAHAHA).

It is clear that the Emmys honor shows that are not well produced, but that are popular. The only way we can get shows that are actually entertaining honored is by making them popular. And the only way to do that is to stop watching literal garbage like “The Big Bang Theory”.