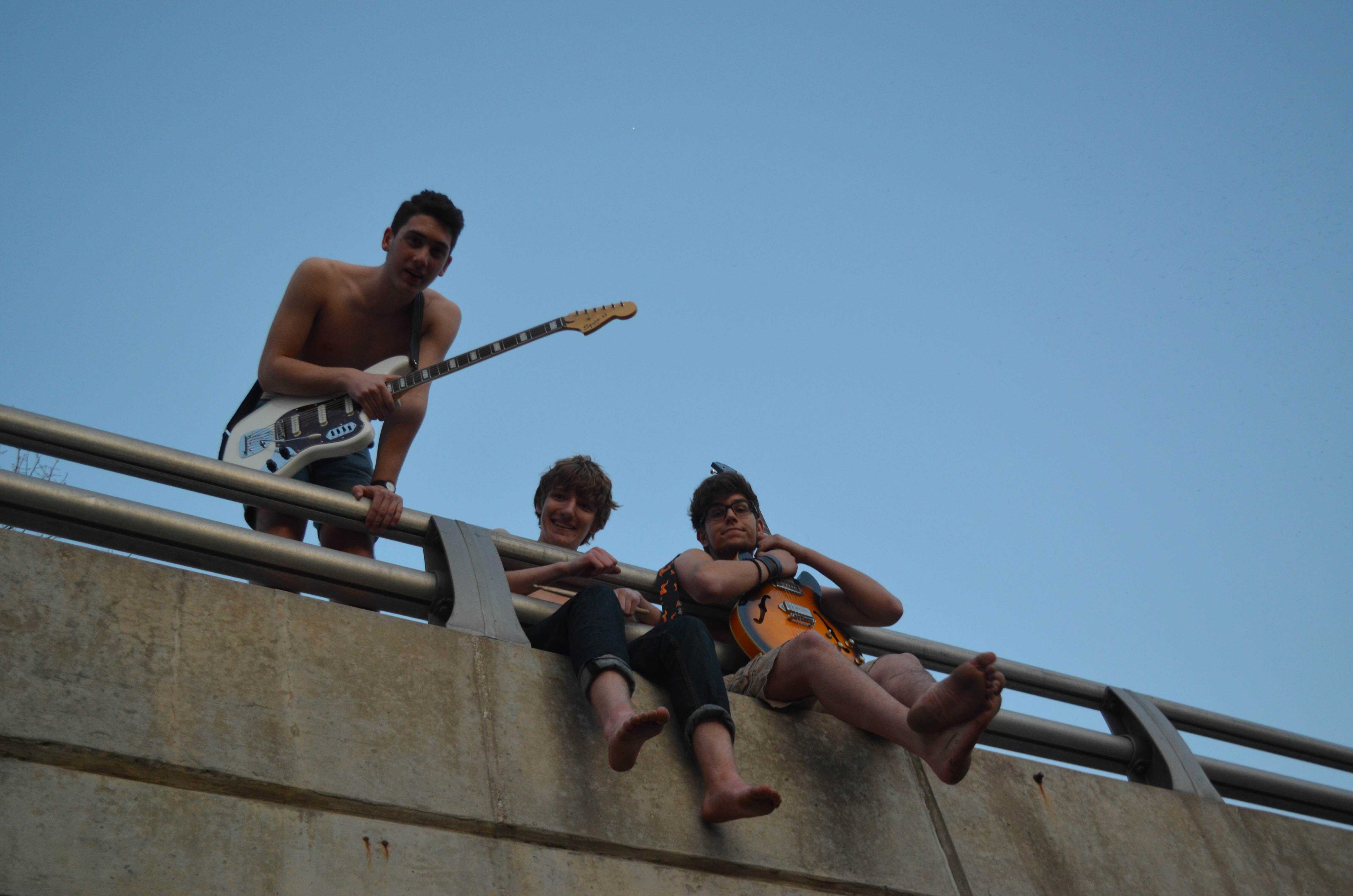 Junior Dylan Cessna poses with his two band mates. The band, Fairbank Italics, is one of several bands performing at the Band-aid benefit concert.

Junior Dylan Cessna had just finished performing at a Guitar Club performance when he was approached by a woman he didn’t recognize. After telling him she really enjoyed his band’s performances, Cessna discovered she was a lunch lady at Prospect who had recently been diagnosed with breast cancer.

Cessna brainstormed ways to help her and other cancer patients. He determined he wanted to organize a benefit concert called Band-aid at Prospect that would raise money for breast cancer research. Cessna presented his idea to Dr. Jay Kyp-Johnson, a cancer survivor, who helped him organize the event.

Bandaid will take place in gyms one and two Friday, May 22, from seven to nine pm, and multiple bands and groups formed by Prospect students will perform. Tickets for the concert are five dollars and can be bought at the door.

Cessna hopes to see many students at the concert and plans to make Band-aid an annual event.