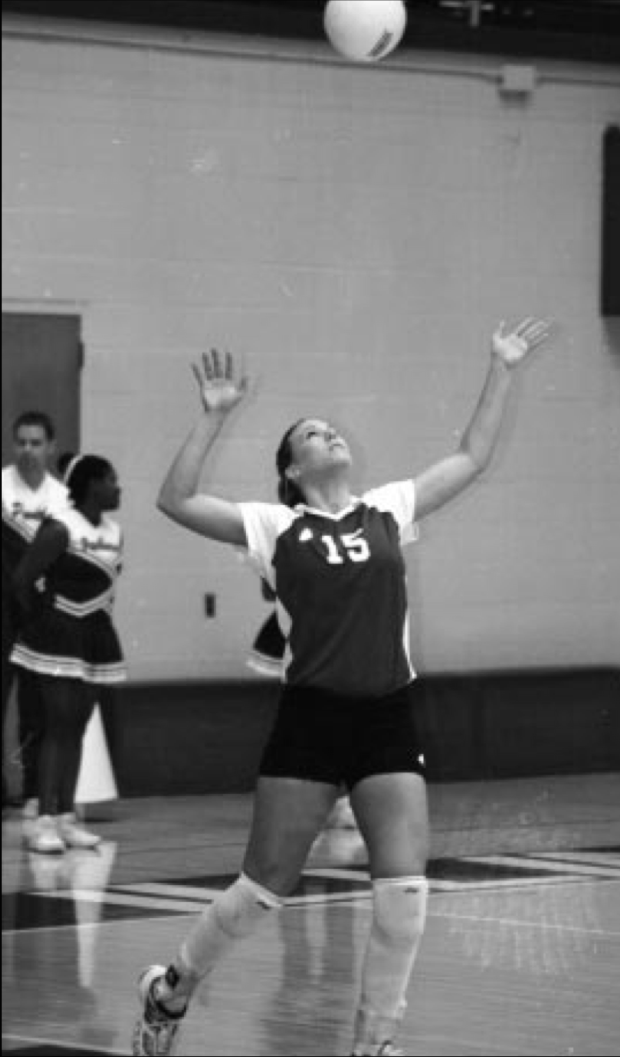 When P.E. teacher Carrie Black was a senior at Eastern Illinois, her volleyball team played in the NCAA tournament, representing their school for the first time in its history.  Playing as middle, right side and left hitter, Black earned the title of MVP on her team.

“It was just incredible to be [at the tournament] in the first place,” Black said. “Since it was the first time Eastern had competed in the NCAA, it definitely felt special, and they haven’t gone since.”

The once MVP-player will be re-joining the girls’ volleyball coaching staff for the 2015 season. Black was a coach from 2004 to fall of 2010, before stepping down when she had kids. Now that last season’s JV coach Molly Klein is pregnant, she has stepped down from coaching. Black believes she will be successful in adjusting after her five years away.

“I think having a fresh eye into the program will help develop new skills,” Black said. “I’ll be able to bring my experiences from playing in high school and college.”

The volleyball program is no stranger to the switching and replacing of coaches. Last season, four out of five coaching positions had to be filled, as head coach Mike Riedy and the JV, sophomore, and freshman A coaches resigned or moved schools. The only coach remaining, Paul Schoenbeck, is entering his fifth year of coaching.

“Last season was starting over, in many ways, from ground zero,” Schoenbeck said. “But the values remain the same. We are still going to work hard. We still want to compete.”

Schoenbeck is looking forward to next season with strong returning players and a strong younger class coming in.

However, to returning players, the lack of consistency in the coaching staff has proved difficult.

Sophomore Rhegan Graham says that having a different coaching staff each year seems strange, but she knows the coaches will be flexible. Graham is looking forward to next season, when she will try out for JV.

All coaches are looking to play at a high level. They want to be able to compete with Hersey, a very strong team and our biggest rival in conference, according to both Black and Schoenbeck.

“I’m looking to play our game next year, to compete and to be successful,” Black said.