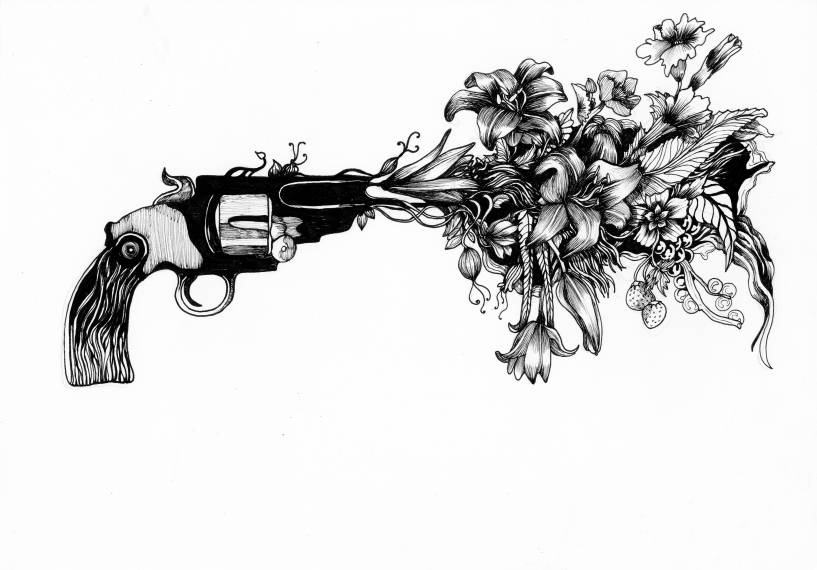 What do those delusional liberals want, anyways?

Clearly, the Left doesn’t understand that when the Ebolapocolypse comes, we will need all 270 million guns owned by American civilians to fend off zombies and Syrian refugees.

And the whole absurd argument that somehow there is a correlation between gun ownership and deaths by shooting is preposterous. Of course, when I say this, there is no need to reference statistics or studies like the one in which, according to motherjones.com, after analyzing 30 years of homicide data concluded that on average,“for every one percent increase in a state’s gun ownership rate, there is a nearly one percent increase in its firearm homicide rate.”

Quite obviously, with rates at merely 645 gun related deaths per week in 2013, according to GunPolicy.org — the equivalent of a near Paris-scale attack every single day — there is no need to make any reforms whatsoever to the system that has allowed for Islamic State sympathizers to purchase AR-15 semiautomatic assault rifles legally.

Thank God that after the massacre of 14 innocent civilians in San Bernardino, California, Senators Ted Cruz and Rand Paul were kind enough to Tweet their condolences to the families of the victims.

Of course, there was nothing that could have been done to prevent such a tragedy. I mean, what could some of the most powerful men in the country possibly do to prevent terrorists from legally obtaining firearms and explosives?

I’m confident that their 140 characters of empathy will ensure a smooth healing process for those affected by the shooting.

It is outrageous that the moronic dope-smoking Socialists of the Left would want to keep a military-grade firearm that killed another dozen people in an Aurora, Colorado movie theater in July 2012 off the shelf of a store, unavailable to the public.

We must nurture our guns, bundling them in our Confederate flags as we rock them to sleep, raising them to be good, global-warming denying patriots.

These guns go hand-in-hand with our freedom. Are these the values we are to teach to our children? Are we to teach them to scrutinize freedom? Obama, not the children, too!

But don’t just take my word for it.  According to ABC News, 53 percent of my fellow countrymen agree; despite the fact that our citizens are dropping like eggs falling out of a carton, being crushed by jihadists and the insane alike, it is vital that these types of guns remain on shelves.

Does The Almighty Holy Second Amendment not apply to the mentally ill?

In all seriousness, I would like to make some things clear: I didn’t make up the general ideas behind the arguments I’ve sarcastically laid out; there are tens of millions of people in this country who would defend these points.

The debate over gun control in America has become much less of a matter about opinion, and now more than ever it has become a battleground on which logic clashes with ignorance.

We can continue to pretend that gun violence is not a problem in this country or, as the next generation of American and world leaders, we as students can rise to the occasion and address an issue left unaddressed for far too long.

My objective here is not to provoke or insult those who make the arguments that I have contemptuously mimicked. I am simply being critical of their reluctance to accept that the policies in place today are not working.

To those who are in denial about the reality of gun violence, I guess I have this to say to you: ignore the numbers and the statistics if you please, but know that each figure is a sibling, an aunt, a neighbor, a friend, a loved one, a human being.

The American populace that has a tendency to reject reason is once again prevailing.