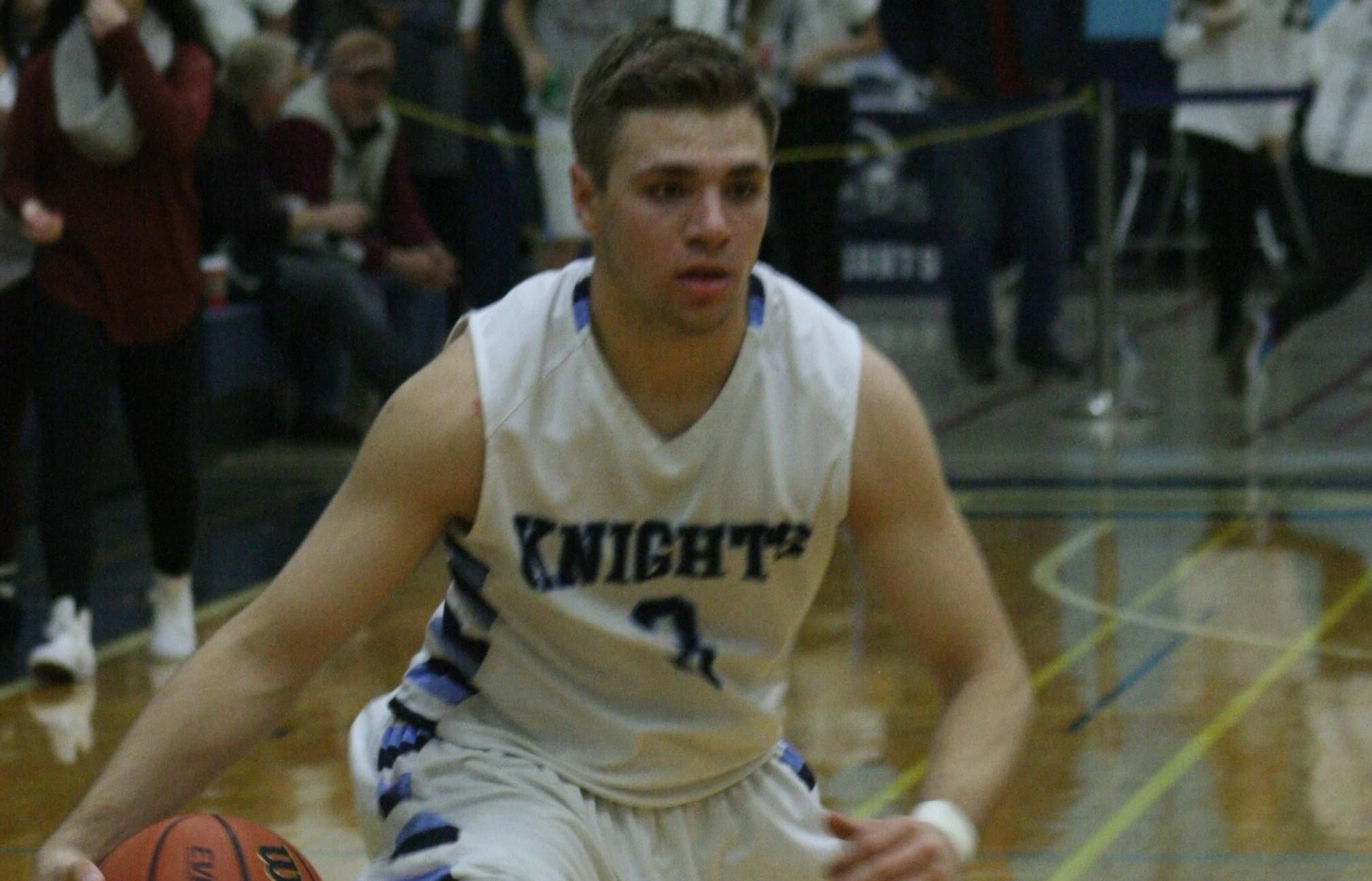 Friday night played host to two important events at Jean Walker Field House. One, it was the return and celebration of the 1965-66 Prospect boys basketball team that won 21 games and multiple tournaments. Two, the 2015-16 boys’ basketball team tried to defeat the Wheeling Wildcats, who gave the Knights a very meaningful conference loss Jan. 8.

Before the game, head coach John Camardella told his players that the game was not a revenge game.

“The idea was not to think too much about revenge and to keep going with what Prospect is trying to do,” Camardella said.

After a triple overtime win on Jan 26, the Knights came out sloppy, turning the ball over five times in the first quarter.

Camardella thinks there was no reason to make excuses.

Having another big night was sophomore David Swedura, who had 13 points with a pair of rebounds and assists to go with it. Junior Frankie Mack continued his streak of dominance with 14 points and 7 rebounds.

Swedura recieved a lot of praise for his performance, including from Wildcats’ head coach Mike O’Keeffe.

“We went to the Prospect- Glenbrook North game, and I texted Coach Camardella after and I said, ‘Swedura, he is a gamer,’” O’Keefe said.

Camardella knows that his team is still learning time and situation as they begin close the season and head into state tournament time.

“I think every team at every level can learn how to play better at time and situation. That doesn’t come easy,” Camardella said. “You got to remember a lot of these guys are going through this for the first time. They’ll get better, and it’s my job to make them better.”