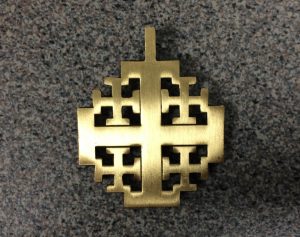 A necklace worn by students who went on the retreat.

As a 16-year-old girl, I’ve heard my fair share of gossip, and over the years I’ve built up a tolerance to the drama. In order for something to shock me, typically someone very innocent does something very scandalous.

However, recently I was shocked for the opposite reason: a group of juniors and seniors received criticism from other students because this past weekend they went on Kairos, a Catholic retreat. When they returned to school Tuesday, they told peers about the positive experience but kept the weekend’s events a secret as they were told to do at the retreat.

Due to the secretive manner of Kairos, the students were declared a cult. Those who went on the retreat jokingly used the term themselves, but the laughing ceased when peers’ criticism turned mean. Conversations in both the hallways and on Twitter called the group fake and hypocritical because the students suddenly had a new group of friends and acted happier.

Ideally their positivity is genuine and long-lasting, but the worst case scenario still results in a positive outcome.

If the students’ positivity is fake, they return to their old attitudes in little time, but their temporary optimism led them to be nicer for a short time and encouraged other students to be more positive.

If their new friendships are artificial, they’ll stop being friends in the near future, but those students expanded their horizons and learned about new perspectives and experiences from their short-term friends.

In the end, no one is hurt by the group’s actions, and the students create a positive atmosphere. I spoke to only a few students who went on the retreat, and those students seem very committed to maintaining their new attitudes and friendships long into the future.

If these students’ positivity spread, Prospect would become a less judgmental environment, and the entire student body would reap the benefits. Yet as long as the students attempting to spread optimism are fought by peers stirring up negativity, every step towards more acceptance will be met with a step backwards, and all parties will hurt in the end.