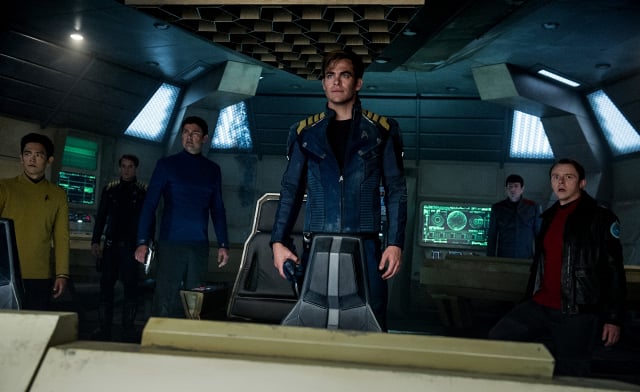 When I was six years old, I would occasionally watch the original Star Trek series in my basement with my dad. I loved the action and the characters, and the cheesiness that came with it all.

Watching Star Trek Beyond brought me right back to those days with my basement TV.

Beyond was released on July 22 and experienced notable box office success, drawing in fans new and old of the Star Trek franchise. The film has made a total of $216 million since its worldwide opening. Beyond is the third film in the rebooted series, which began in 2009.

The film follows Captain James Kirk and his crew after they are stranded on a distant planet after being attacked by a massive army, with many of their crew members captured by the evil leader Krall. Kirk and the others must attempt to save their friends and stop Krall from carrying out a brutal plan to kill millions of people.

Beyond is full of impressive spectacles of special effects, both digital and real. This is a direct result of the distinct vision that the filmmakers had for this movie. The makeup, costumes and set pieces are full of color and creative design, often calling back to elements of the original TV series.

This film is an excellent example of a proper reboot. While it isn’t exactly the same as the original series, it maintains the same lighthearted feel.

Star Trek Into Darkness, the second film in the rebooted series, lacked this latter trait. While it was carried by excellent performances, it ended up as more of an action movie than a Star Trek movie. Fortunately, Beyond takes a different direction.

Beyond follows a very basic plot, as did the episodes of the original television series. While it is layered with excellent writing and a beautiful production design, it also doesn’t shy away from the cheesy, light plot elements that have classically characterized the franchise.

The characters face enormous problems, but always manage to escape danger and save their friends just in the nick of time. In one scene, Kirk and his crewmate Chekov are cornered by their enemies, and Kirk improvises a haphazard and impulsive method of escape by shooting an enormous reactor in his ship. Of course, the plan works spectacularly against all odds.

Another scene features engineer Scotty jumping out of a damaged escape pod just in time to save himself by hanging on the edge of a cliff. The use of the cliffhanger trope is so clear that it must be self-aware. The filmmakers know that they are creating cheesy effects and story pieces.

But they don’t care. And that is exactly what makes this movie great. The filmmakers knew exactly what kind of movie they were making: a Star Trek movie. While they may not have created a masterpiece of the cinematic medium, they certainly succeeded in making a really fun movie.