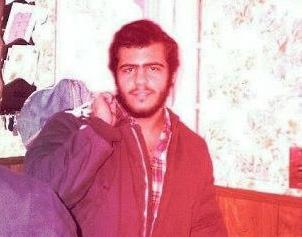 “All we knew was that people were out there running around and shooting people with squirt guns,” Bulmash said.

After hearing word about the game through word around town, Bulmash spent one night with his friends constructing the game and writing down the rules.

Once someone had signed up for the game, they received two three-by-five index cards: one life card and one death card. In addition, the definition of being eliminated was any water shot to the head, whether it be by water gun, water balloon or a cup of water. There are also no specific targets assigned: everyone in the game was a potential target and assassin.

Once one got a kill, they could then take their victim’s life card. In addition, the assassin has to sign their death card in order to prove who eliminated that person from the game.

Bulmash also emphasized that there was not one long game, but rather many short games that lasted one weekend each. A list of all the players for that particular game were handed out the Friday before the game began so that people would know their potential targets and assassins.

Participants were required to pay a two-dollar admittance fee in order to play the game; however, players could gain one dollar for every life card––which means every kill––turned in by the end of the game. If a player survived but didn’t get any kills, they could join the next weekend for half of the regular price.

On the other hand, players must stay alive for the whole game in order to earn money from any kills they make. Any extra money was pocketed by the organizers of the game.

According to Bulmash, the game just started as a way for his friends and him to make money. By the end of senior year, Bulmash estimates that each organizer, him and two others, made a few hundred dollars.

Moreover, Bulmash was particularly surprised on how much cooperation he received from the community. He says, despite no one knowing who his friends and him were, that parents allowed him to come inside their houses to spray their children with water.

According to Bulmash, senior assassin gave him an opportunity to go out with friends every Friday and Saturday night wearing camouflage and carrying walkie talkies, motorized squirt guns and fire extinguishers filled with water.