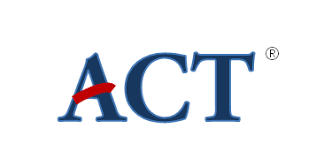 With the recent switch Illinois has made to standardize the SAT instead of the ACT, most students have spent their first quarter of the school year prepping for the PSAT, hoping to qualify as a National Merit Scholar. Although the number of students who have signed up for the ACT course has decreased over the years, there was still a total of 110 students who attended first ACT prep sessions, which took place Tuesday, October 24th and Wednesday, October 25th.

As the ACT continues to change over time, the prep class instructors are updating their curriculum as well in order to provide juniors with the most helpful resources available. Chris Cirrincione, who has taught both ACT and SAT prep for multiple years, recalls that the reading passages have changed since he took the ACTs, with the addition of a new comparison-style passage, and the fact that the readings are “more interesting than they used to be.”

He also recommends that juniors take prep classes at their own high schools rather than paying for classes elsewhere. The prep course offered at Prospect costs $135 for six three-hour sessions, compared to a private tutor that costs an average of $65 an hour. So, by taking the prep class at Prospect students will receive more practice time for a substantially less amount of money.

Morgan Kennebeck, a senior at Prospect who has completed both the ACT prep course and the test itself, thinks the class is a great option for juniors who do not possess much motivation to study outside of school.

“I feel like if I had chosen to study on my own I would have done less work to prepare,” said Kennebeck. “So yeah, I think it was definitely beneficial.”

She also valued the added resource of having a teacher there to guide her in her studies; however, she still finds it very important to study as much as possible outside of Prospect.

“I think the best way to prepare for the ACTs is to take as many practice tests as you can,” said Kennebeck, “and to not slack off when you practice.”