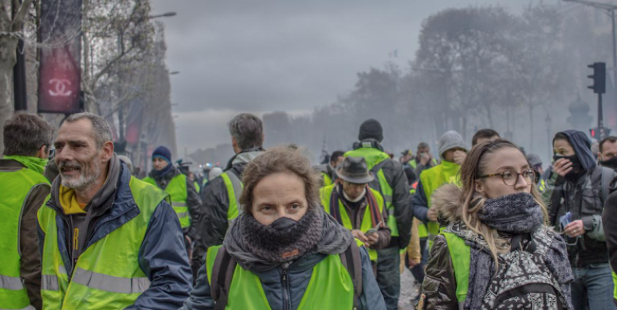 What you missed in the news this week: part 1

Crisis in the Kerch Strait:

Tensions increase in Eastern Europe after the Russian military captured three Ukrainian Navy ships and 24 Ukrainian sailors. The ships were passing through the Kerch strait between Russia and the Russian-occupied Crimean Peninsula when they were blocked at the Crimean Bridge by Russian border troops. While Ukrainian President Petro Poroshenko has stated the ships were going to fight Russian-backed separatists in east Ukraine and were well within international waters, Russian leader Vladimir Putin claims Poroshenko invaded his nation’s borders as a political stunt for Ukraine’s next election, and a video of captured sailors at gunpoint supposedly confessing has been released by Russian state media. Russia’s control of the Crimean Peninsula is considered illegitimate by the majority of the world’s nations.

The Trump administration is facing criticism for the use of tear gas to repel rioters on the US-Mexico border. The protesters, part of the Central American migrant caravan applying for asylum in the United States, were demonstrating at the border when a small group broke through the Mexican police lines and began tearing a hole in the US border fence. After a Customs and Border Patrol Officer was struck with a rock, border officials made the executive decision to fire tear gas at the violent rioters. Unfortunately, the wind carried the gas through the peaceful protest and left innocent people, including young children, coughing and gasping for air. A CBP official interviewed by the Washington Post, who chose to remain anonymous, has clarified that the border police did not fire the gas at any peaceful protesters. Mexican police claimed to have arrested and deported all migrants suspected of breaching the blockade.

A group of protesters dubbed the “Yellow Jackets” have been shutting down highways and streets in France to protest the government’s new fuel tax. The Yellow Jackets, named for their fluorescent safety vests, are opposed to French President Emmanuel Macron’s increase to the fuel tax, which was drafted to reduce fossil fuel use. Largely organized on social media, the protests focus on bringing attention to what they call “the forgotten middle class”, and attract bipartisan support from Macron’s opponents, most notably Marie le Pen of the right-wing National Front. Macron’s current approval rating sits at 26%, worse than predecessors Nicolas Sarkozy and Francois Hollande, and one of the worst in modern French history. The protest’s primary goal is to reduce the high cost of living in France, including reducing its high taxes. Over 280,000 people joined the Yellow Jacket protest on November 17, which saw demonstrators block off major roads, build barricades and light tires on fire.