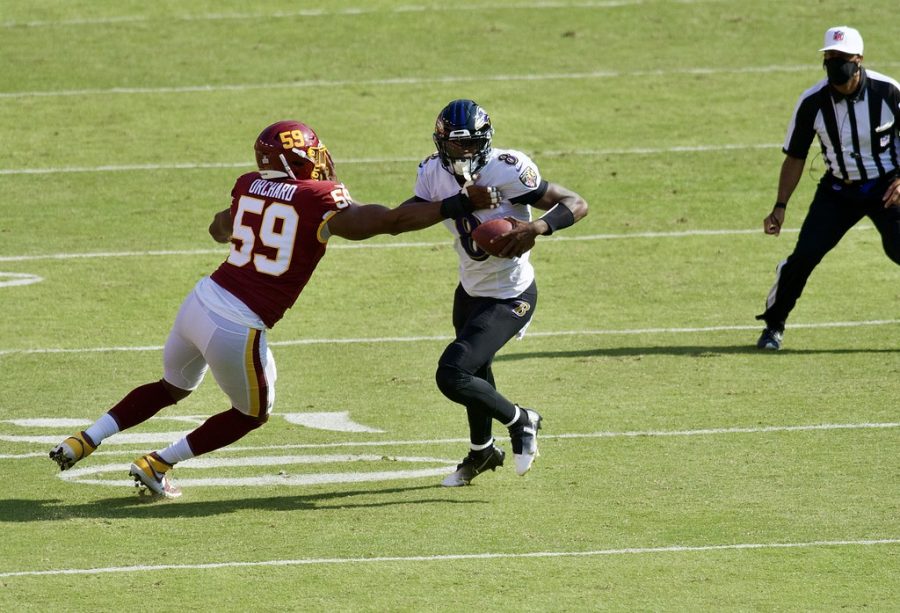 Practice makes perfect. It’s an old clichè, but it couldn’t be more true when talking about fantasy football. (That’s definitely the reason it’s so overused). You can’t go into a draft without any preparation, wing it for 15 rounds and expect to draft the best team. It’s just like a final exam, if you study hard for a final there is a pretty good chance that you will do well on the exam. However, sometimes even if you study hard things can go wrong and the same thing can happen in the draft. Your first-round pick could get injured in week 1, or some of your players can flat out bust. But by preparing and practicing you can take advantage of values in the draft and significantly decrease the chance of your whole team busting. A player who wins draft day just might as well auto draft. So, without further reduction, here is my first written mock draft of the year.

I feel that with the first 5 picks this year fantasy managers’ first pick destiny is fairly set with a top-tier RB, but with the 6th pick, the gates can open to many other positions. I was lucky here and Kelce was drafted at number 4, Zeke went 5, so Kamara fell to me at 6 and made my decision easy. Kamara finished as the RB1 last year, and while the offense has changed Kamara will still have a massive role. I am not worried about him at all. For fantasy managers, if it is possible to steal a top 5 running back at the six spot then take advantage of it. Otherwise, I would take a serious look at Devonte Adams or Austin Eckler in a PPR format.

I would have gone with Calvin Ridley here if he hadn’t been taken with the previous pick, but either way, taking Mixon as my RB2 is just gravy. Mixon is a player who is the clear undisputed starter on an offense that should only get better this season. Giovanni Benard, left to the Bucs over the offseason so now there is nobody to steal any of Mixon’s receiving work, which is uber important to PPR. Give me a player who has top 5 potential with a guaranteed workload every week and I’ll take that every time in the middle of the second round in Joe Mixon.

Now the reason that I was a little disappointed that Calvin Ridley didn’t fall to me was that I missed out on the elite WR tier.  J.K Dobbins, who I see as a fantastic RB2, was still available at the 3.6. However, if there is any player that could make the jump into the elite wide receiver tier this year it would be Ceedee Lamb. Lamb is entering his second year and is my pick to be the Calvin Ridley of 2021. While Dak Prescott was healthy last year Lamb was the wide receiver 11 as a rookie. Dallas is going to continue to sling the rock this year and with Amari Cooper a bit banged up, I believe CeeDee Lamb could Explode.

Diontae Johnson is another player I love in PPR formats at his current ADP. Johnson is a target monster, commanding a 24% target share on an offense that threw the ball 608 times last year. He saw on average 9.6 targets a game last year and while drops were an issue last season, I personally am not worried.

this year. Defenses figured out the Ravens last year and Lamar Jackson’s fantasy value took the brunt of that hit. In weeks one through eight Lamar Jackson was the QB 14, behind Jarred Goff and Matt Ryan, but in the second half of the season the ravens adjusted and Lamar Jackson started to look more like himself. In weeks 8-16 Jackson was the QB5 and led his team to a playoff win over the titans. This season I expect Jackson, who I have ranked as my QB2, to return to being a fantasy stud with a retooled receiver room and plenty of rushing yards. Running scores more than throwing in fantasy and that is one of the main reasons I love Jackson this season. If he is available in the 5th round, take him.

It’s pretty rare to find a workhorse starting running back in the 6th round, but that is what you are getting with Mike Davis. His stamina and durability are still a question mark because he still hasn’t played a full season as a starter, but he should get goal-line work and a sizable workload. I like Davis as a low-end RB2/flex in the 6th.

Going into his second year Judy is a beyond talented receiver. I think he benefits Teddy Bridgewater assuming he wins the job.  He saw more targets last year than guys like A.J Brown, Mike Evans, and Adam Thielen, however, most of those targets were uncatchable or poorly placed from Drew Lock and a slew of other quarterbacks. Judy can be a viable WR3 with upside with consistent quarterback play.

Mike Williams is my late sleeper for this season. He is a big-bodied receiver who should pair well with Justin Herbert’s skill set. Williams has the opportunity to outperform his ADP this season if he can stay on the field.

If you don’t grab one of the elite tier tight ends at the beginning of the draft then wait. And wait. Then wait some more. After those top three tight ends go off the board, tight end falls off a literal cliff. Wait until the 9th or 10th round to take a shot on a tight end with upside.

While the Tampa Bay running back room is now officially packed with the addition of Giovanni Benard, my best bet on this committee is going to be Ronald Jones. He is a capable running back and if Leonard Fournette misses time, Jones has high-end RB2 upside.

With Michael Thomas set to miss time, Smith is set to become the WR1 for Jameis Winston, a quarterback who is the definition of a gunslinger. Winston isn’t afraid to air it out downfield unlike his predecessor Drew Brees. Smith’s speed and big-play ability intrigue me with Winston at QB, and I am taking Smith everywhere I can in the last rounds.

Chris Carson has never played a full 16 game season and now the NFL is adding an extra week. Rashaad Penny should have stand-alone value with Carson on the field, but if Carson were to go down with an injury Penny could explode into the RB1 conversation. Upside is all that I’m looking for in the final rounds and Penny fits that description.

Another upside pick in a pretty barren offense. St.Brown is a player who will have a role on this lions team, a team that should be in negative game scripts. St.Brown may not explode this year, but he’s worth a shot in the 13th round.

I typically never take defense outside of my last two picks, but I made an exception for Washington here. Washington has the makings of a special D/ST this season. A fantastic young defense with an offense that is focused on running the football. It’s a perfect storm in the nation’s capital.

Opposing defenses figured out Seattle in the second half of last season, and Seattle was unable to adjust. The result handed them a loss to the Rams and Jarred Goff’s broken thumb. This season Seattle is already making moves to adjust. They hired a new offensive coordinator, installed a new playbook, and drafted D’Wayne Eskridge. Eskridge is going to be used in this new system and as a fantasy manager, I want to see what this usage could be. If it is minimal I can cut Eskridge and go to the waiver wire.

No analysis here. He’s a kicker.