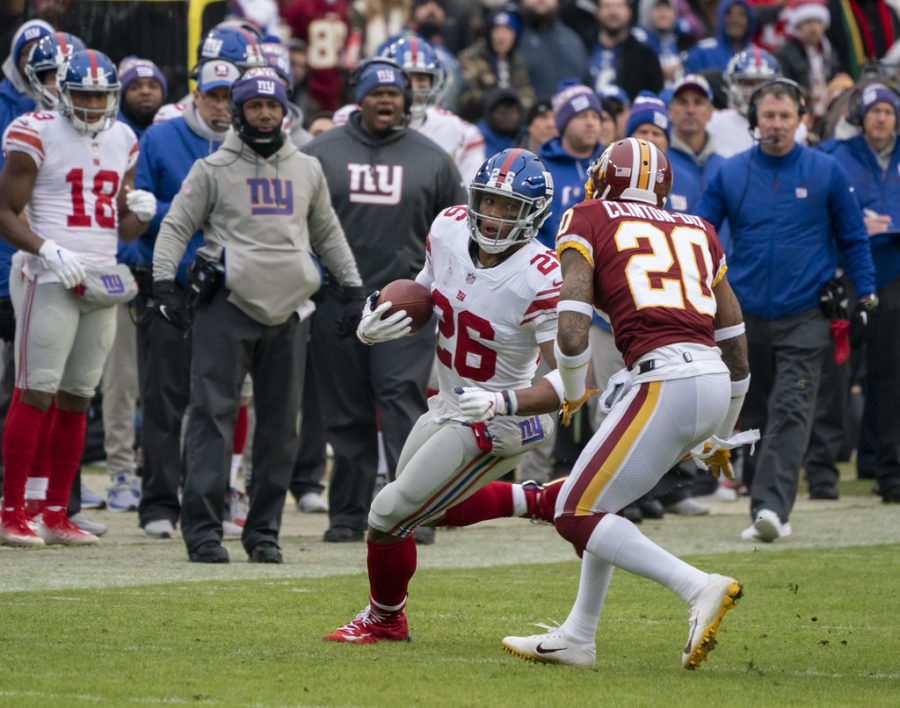 In fantasy football, price is everything. Every player on this list has a certain price where they become a value. But, these players make my do not draft list because their cost is way above their projected value. Winning a draft is based on the capitalization of value, not how pretty a team looks. Last year’s value does not always equal this year’s value, so let’s dig into my do not draft list for the 2021 season.

At the moment Taylor is being taken as a top 10 running back in ESPN-PPR formats and that cost is way above the price I am willing to pay for Taylor. You can’t win the draft with your first-round pick, but you certainly can lose it. In the first round, you look for players with a high ceiling but also with a stable floor. Taylor’s floor is deep in an abyss, shown by last year’s numbers in weeks 3 through 12. Through those weeks, Taylor was the RB-27. That is behind players like Rex Burkhead, Latavious Murray, and Nyehim Hines, all of which are not even the lead back on their team. In the final weeks of that stretch Taylor was popping up on waiver wires across thousands of teams, however, the story everyone knows is how he finished the season. Taylor was the RB3 in those final 5 weeks thanks to an easy schedule and a few massive plays. I love Taylor as a player and had many shares of him last year, but with the Colts crumbling due to injuries I cannot trust him as a first or early second-round pick.

If Deandre Swift was treated as the workhorse in Detroit, I have no doubt that he would finish as a top 10 back. However, Dan Campbell and the lions don’t seem committed to giving Swift that role. Over the offseason, the Lions signed fifth-year running back Jamaal Williams. Williams served as a thorn in Green Bay running back Aaron Jones’ side, stealing receiving work and touchdowns. Williams caught 31 passes last year and stole three touchdowns from Jones as well. Williams is a fantasy vampire and that is not going to stop in Detroit. The Lions already are shaping up to be a contender for the first overall pick in the NFL draft next year, and their offense will be anything but legit. I love Swift’s talent, but I can’t get over the offense and the cost to take him over players like George Kittle and J.K Dobbins.

Mike Evans has finished as a thousand-yard receiver every year he has played in the NFL. Mike Evans has scored 29 touchdowns in the last 3 seasons. Mike Evans has not finished outside the top 12 receivers since 2017. So, why in the world is he on a do not draft list??? Here’s the thing with Evans. The Buc’s receiving core is now deeper than ever with a quarterback who loves to spread out the ball. Tampa has two quality tight ends that both serve as quality red-zone threats along with one of the deepest running back rooms in the league. Simply there are so many receiving weapons in this offense that it is going to be difficult for Evans to thrive without touchdowns. Last season in standard formants 40% of Evans’s fantasy points came off from touchdowns. Mike Evans’s week three-line: two receptions, two yards, two touchdowns. Touchdowns are not always consistent and unless Evans can repeat with 10+ touchdowns don’t see him repeating this year as a WR1.

This offseason went probably as worse as it could for Josh Jacobs. The Raiders dismantled their offensive line and brought in a capable Kenyan Drake who is going to leech carries away from Jacobs. Jacobs wasn’t efficient at all last year even with a solid offensive line. He averaged only 3.9 YPC, which ranked 43rd among running backs. The draw to Jacobs last year was his insane volume, but the addition of Drake should cap that. All of these factors spell for a disappointing season for Josh Jacobs.

Sanders was another high second-round pick last season that disappointed me. He was injured for most of the season and when he played he was anything but efficient. Sanders has the talent to be a top-five running back, but he is never going to get the workload from the eagles. The eagles added Kerryon Johnson in free agency and drafted Kenneth Gainwell. The Eagles are set to go back to a committee and Sanders will be nothing more than an RB 2.

We have all seen what Saquon Barkley can do on a football field, and that is why he is listed here as an honorable mention. But, Barkley should not be going as the third running back in drafts. Even if Barkley plays week 1 he is not going to be 100% and the Giants offensive line is not going to help Barkley at all. There is a saying in fantasy, “you can’t win your draft in the first round, but you can certainly lose it,” and Barkley is a player who I can see possibly losing leagues if he cannot return to the field at 100%. After the first 8 picks, I would be comfortable taking a shot on Barkley if I’m feeling risky, but overall I’m staying away from the 2018 second overall pick.