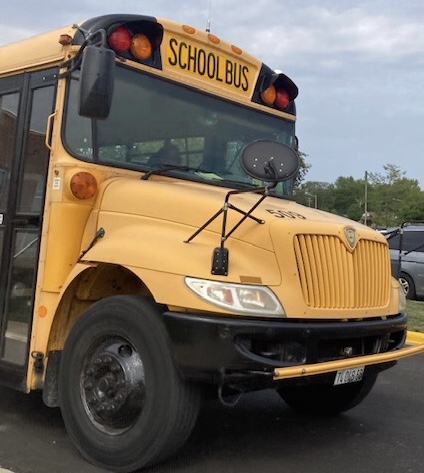 Among the stress and worry for the start of the school year, the buses for the freshman and sophomore students didn’t help them much at all. Crowded bus stops, confusion, and unreliable bus times have all made school more of a challenge. Though schools and bus drivers are not at fault for these problems, Time Magazine said 80% of school districts in a survey reported having a shortage of bus drivers. Overall, the whole workforce is taking a big hit right now.

The average age of bus drivers in the U.S. is 56 years old. Many bus drivers have not returned to work in fear of the pandemic getting them sick.

Division Head for Student Safety Success and Wellness Adam Levinson said “When you are talking about putting 50-60 people in a small space and you’re in charge it’s not easy and for the payment they get it may not be worth it for them.”

Some people would rather have jobs like being a truck driver where the pay is usually much better. In fact, ziprecruiter.com says the average salary for a truck driver is $42,000 a year, compared to a bus driver who makes about $33,000 a year. The main reason warding off bus drivers is COVID-19.

In the meantime, Prospect has established a short term system at the end of the day. At 3:00 PM, the bus drivers take the first round of kids home based on their route, and then the bus goes back to school to take the next group of kids home.

“Which [bus routes] is not convenient for students or bus drivers, but it’s the best we can do,” Levinson said.

Although there’s not much we as students can do about the bus situation there are alternatives. If possible you can carpool with either a friend or a friend’s parent to save space for others taking the bus. Another option is one I recently switched to last week. You can ride your bike to school. It’s a good way to get exercise, while also getting some fresh air. I personally, can leave later for school than taking the bus, so it gives me some extra time too.