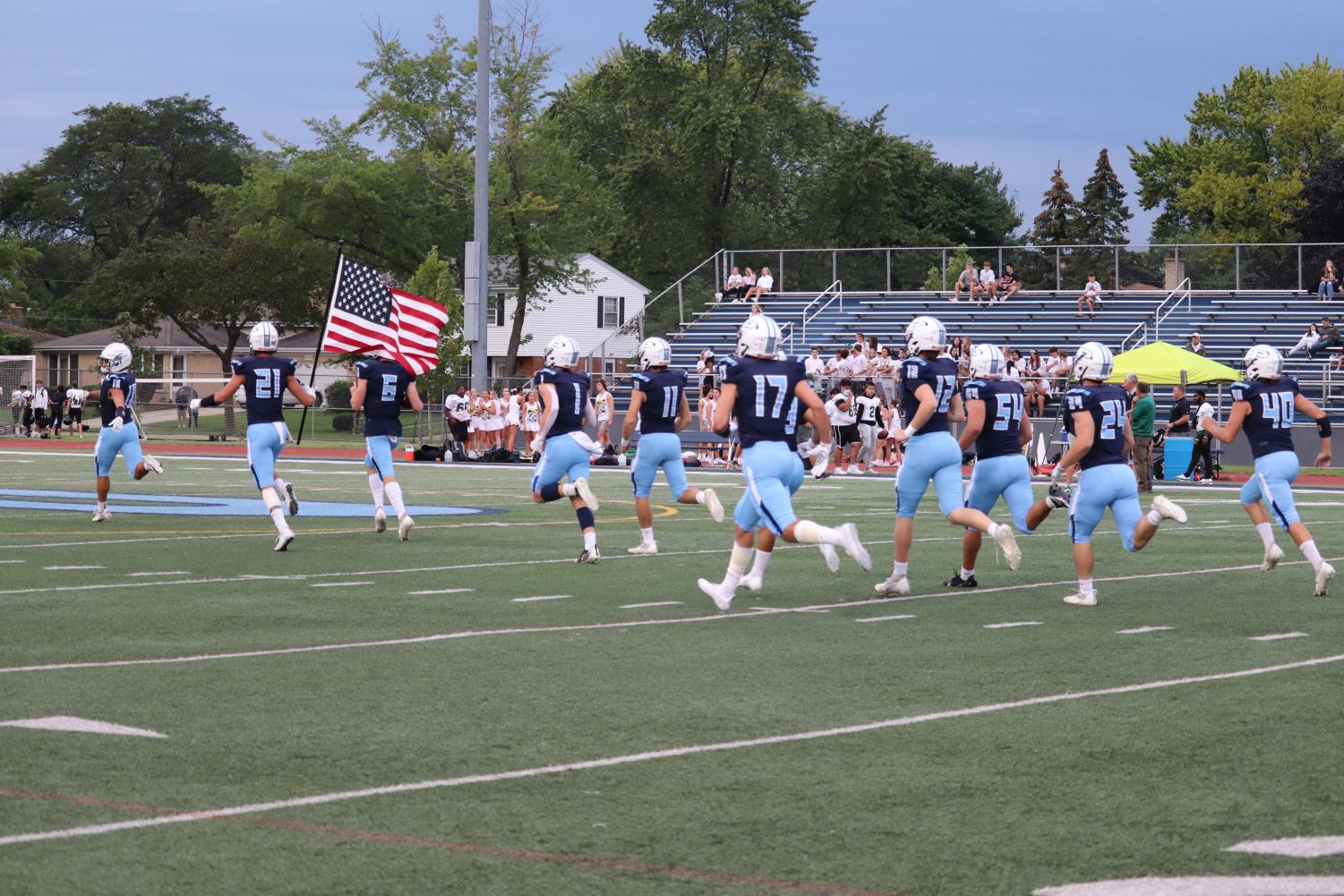 Friday’s Lights Are Back On

Friday night lights over the last two weeks have brought back the overwhelming sense of a normal season for Prospect football. But, after a tweet on Labor Day at 12:02 pm, that sense of normalcy was instantly washed away.

However, it seems that the hot start is now over for Niles West as unfortunately their season has been put on pause due to Covid-19, according to Journal & Topics reporter Dion Martorano. Martorano reports that over half of the wolves varsity roster is currently in quarantine.

Prospect had lost its week three opponent, but not for long.

Prospect coaches threw away their game plan packets and picked up their phones, looking for anyone who could play on Friday night.

“We posted on twitter, we posted on the IHSA website. We reached out to anyone that we could possibly know is looking for a game.” Prospect head coach Dan Deboeuf said.

Prospect decided to turn internal during the following two practices, perfecting their scheme to get ready for any team that picks up the phone.

“We heard that they were in a similar situation [to us] and that they were looking for a last minute game, so we reached out and [they responded yes],” Deboeuf said “St.Francis is going to be a great opponent, and they should be a great test for our team.”

Deboeuf worked out the details with Wheaton St. Francis athletic director, Daniel Hardwick, and came to the conclusion that the game would be held at George Gattis.

Prospect had picked up an opponent and along with it an extra home game. To say the least, Prospect football players were pumped.

“I was beyond excited.” Senior Lineman Karl Fuller said, “ The fact that we went from not even having an opponent to stealing a game at home is exhilarating.”

Despite their celebration, the knights now have had a little over two days to prepare for Friday. Players typically receive five days to prepare, making this situation something that this group has never experienced.

Prospect coaches believe that this will be a great example of adversity for this young team to overcome.

“The ability to respond well to adversity is one of the markers of how successfull or unsuccessfull a team is going to be.” Special teams Coordinator Tim Bieshir said, “ [Having only two games to prepare] is definatly a form of adversity and I think we are reacting well right now.”

Even with the adversity Prospect is looking to turn internal and focus on the little things that they can control. For Fuller that was watching film.

“I stayed up until midnight last night watching [Wheaton St.Francis] and practice film.” Fuller said, “I’m just looking for any way to improve myself and my team before Friday.”

This week will go as a forfeit for Niles West. For Prospect however, their fate is set to be determined on the gridiron Friday night at 7:00. You can catch the game here on KTV.