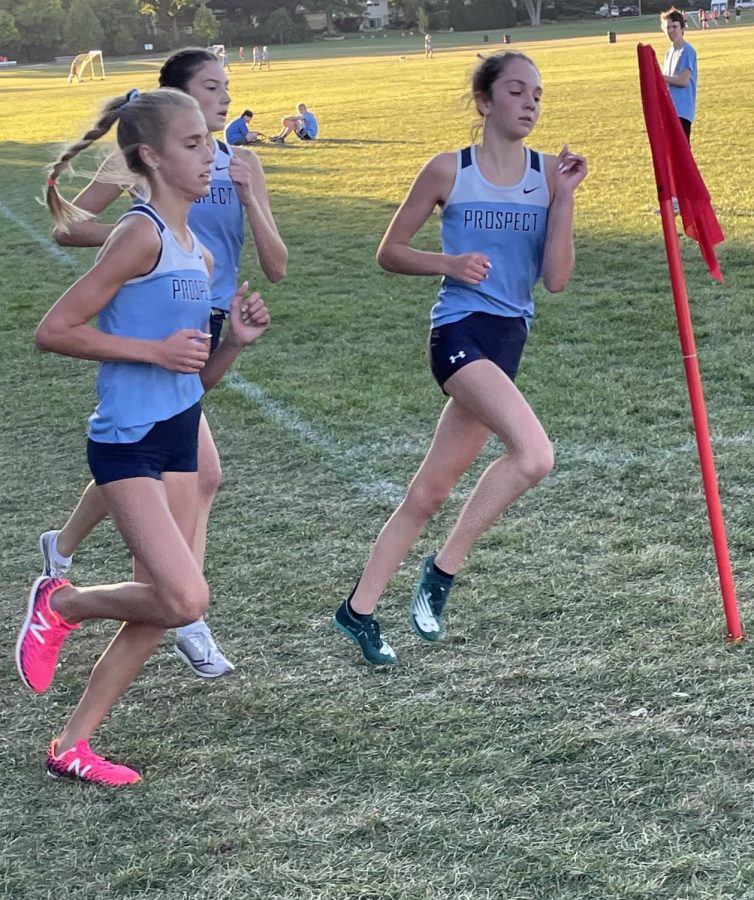 It was deja vu for the Prospect Girls’ Cross Country team, winning the MSL East for the eighth straight year on Sept. 28 at MacArthur middle school. Behind athletes like Hailey Erikson, Audrey and Lily Ginsberg who all finished in the top five were all part of the reason why prospect won.

“We really came together as a team,” head coach Pete Wintermute said. “Packing up with our lead group and group two. Really trying to execute a solid race plan at the back hand of the race.”

Erikson who finished second overall, but first for the Knights ran 19.09 for 3 miles. She credits her success to just staying relaxed and remembering all the things she has done for the team by preparing for the meet.

“We felt as a program that today was going to be a team victory to win the east,” Wintermute said. “It was going to take five, six, seven kids doing this and not just individuals. So we wanted to work hard as a team.”

Prospect had six girls finish in the top ten

“We stuck as a pack [Erikson, Audrey and Lily] until the last 100 to go out there and win the race,” Erikson said. “I felt good and confident. I was able to finish strong.”

Prospect has conference on Oct. 16 at Busse Woods and is looking to win conference just like the MSL East.

“The girls wanted to win the East again and that’s what we came here to do,” Wintermute said.