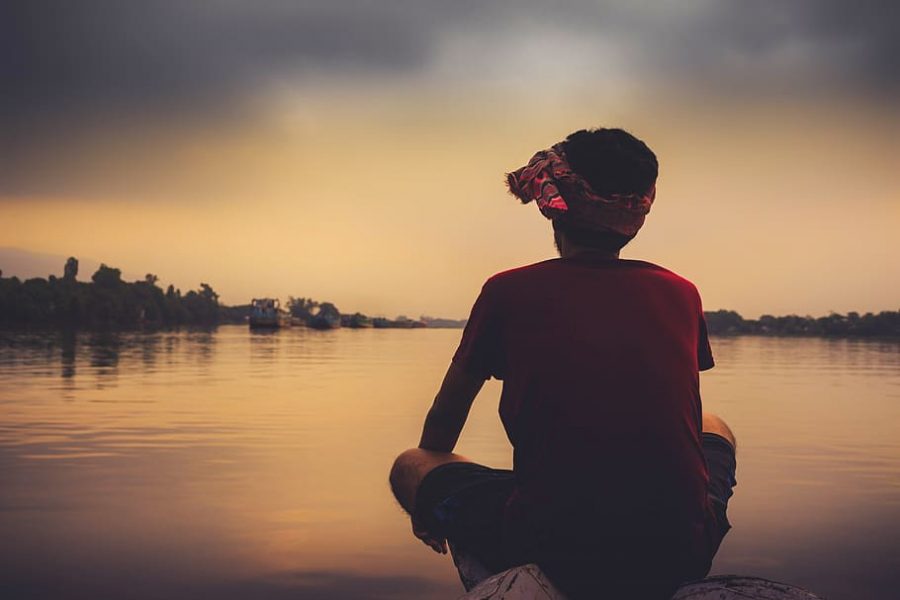 IT’S TIME WE TALK ABOUT BULLYING

Identity is a subject often talked about in the context of personal characteristics of an individual. We are often told that our race, gender, sexuality, ethnicity and a plethora of other intersecting factors contribute to who we are. Now, the one consistent trend seen throughout every aforementioned characteristic is that these are qualities we are born with. They are in our DNA — meaning they quite literally flow through every crevice of our physical being.

This idea of identity being determined by genetics and upbringing is an all-too-common narrative pushed by the entities around us, and it was not until I was a young sixth grader that I realized identity is other things. In particular, identity can be material things. Anything from the kind of car someone drives or the clothes that they wear can be symbolic of who they are; I only wish I discovered this reality under better circumstances.

Towards the end of sixth grade, I began finding a love for kinds of clothing that most of the other adolescent boys in my grade did not care for. I preferred lacing up a pair of black high top Converse instead of bright-colored high tops by Nike. I was never the kid that wanted to throw on some elastic sweatpants; I was always more comfortable in a simple pair of jeans. I loved being different and being able to express myself through clothing … for about 20 seconds — the time it took me to get from my locker to homeroom.

The second I walked through that classroom door, I immediately felt the eyes on me. In fact, I sat down only to be asked by the student who sat behind me “What are you wearing?” Out of sheer embarrassment I responded with “new clothes” in a quiet, broken voice. At that moment I figured that this kind of awkward attention was only going to last a few minutes, but it was only the beginning.

The days on the calendar passed by and I dreaded school more and more and more. Then, with two months of staring and a cruel nickname from a classmate, I was done. I threw the Converse in my closet, buried the jeans at the bottom of a drawer and decided it was time to go back to athletic shoes and sweatpants. I went to school that next day feeling totally liberated because I no longer felt like some unidentified species that drew so much attention.

To my surprise, I came home from school that day not feeling joy or happiness or even contentedness — but emptiness. Sure, I stopped being embarrassed at school, but I no longer even felt like myself. I was still me but was wearing a stranger’s clothes. It was then and there that I learned that lesson about material things influencing identity, yet I also had a realization about what was happening to me.

I was being bullied. Plain and simple.

As an 11 year old, I never dealt with this kind of teasing before. I remembered the countless anti-bullying programs that my elementary and middle schools participated in, but I never truly felt the impacts of those experiences. Most people do not realize how hurtful and barbaric bullying truly is until they are the one being bullied.

Having a childhood experience like this taught me a great many lessons about life, and I did one day find the strength to not care what people thought and truly be myself. It took my entire time in seventh grade, but I went back to jeans and Converse by the time eighth grade rolled around. I am proud of myself for being able to deal with this traumatic ordeal, and in the process of moving on I never really talked about this out of insecurity. So, why open up now?

For one, October is National Bullying Prevention Month, and my childhood experiences and even my time in high school have taught me a painful lesson: bullying never goes away. It always finds its way back in different forms, so it is important to grow a strength and tolerance to those who bully and manipulate us. For far too long we have lived in a culture where simple “don’t bully each other” videos have been deemed adequate anti-bullying initiatives, and it is important for those of us who have dealt with it to tell our stories.

Speaking up about traumatic moments from the past is difficult for all victims of bullying — including myself — and I found that reliving these times of my life both past and present were hard but necessary. The isolation one feels after being relentlessly bullied is an island that I would never wish even my worst enemy to be on, so I hope at the very least that this column helps someone dealing with teasing or bullying know that they are not alone.

Now, I know that simply hearing “you are not alone” does not make the pain go away, so it is important to take this phrase further and actually hear the stories of other victims. I personally found a great deal of inspiration from a 2015 TED Talk given by Monica Lewinsky. In this speech, Lewinsky speaks about the price of shame and the grotesque cyberbullying she underwent in the 90s following the exposure of her and President Bill Clinton’s affair.

After being silent on the matter for nearly a decade and having her life defined by this ordeal, Lewinsky opened up through this talk and finally gave her unfiltered side of the story. Specifically, she adamantly spoke about “controlling your narrative” and the vital importance this holds for victims of all kinds of bullying. Bullying comes in many forms; it can be confrontational teasing, spreading of lies and rumors, encouraging others to socially exclude someone and plenty of other things. And the unfortunate truth is that stories like Lewinksky’s have only gotten worse through social media making these issues far more widespread.

According to the National Bullying Prevention Center, one in five teenagers report being bullied — thus proving that we need to be talking about bullying at all grade levels. It seems like our anti-bullying programs stop after adolescence, so I hope readers of this story take it upon themselves to evaluate their own lives and how they interact with others as they go forward.

Moreover, Knights’ Way is Prospect’s personal character development program, and this could be our school’s greatest tool in taking bullying out of the dark corner and into its rightful place in the spotlight.

Like I said, bullying is something that we cannot escape; we can only grow a tolerance to it. With that said, I hope any reader that resonates with my words can take away this lesson and learn that bullies do not define who we are. I know it may be hard to realize in the moment, but the victim is always far stronger than the bully because only someone who is small and cruel decides to resort to such childish methods. We victims are above them, and in the words of Lewinsky we need to control our own narratives.

Bullies diminish every victim’s self worth, so controlling our narrative is a difficult feat. Sometimes our insecurity makes us feel less than and undeserving of love, and this feeling is a mountain that is quite difficult to climb. Well, we are good people deserving of all the love and kindness in the world, and for that alone we deserve so much more than our bullies. Author Turcois Ominek has a great quote about this, and it is a mantra that all fellow victims need to hear.

“One day they’ll realize they lost a diamond while playing with worthless stones.”