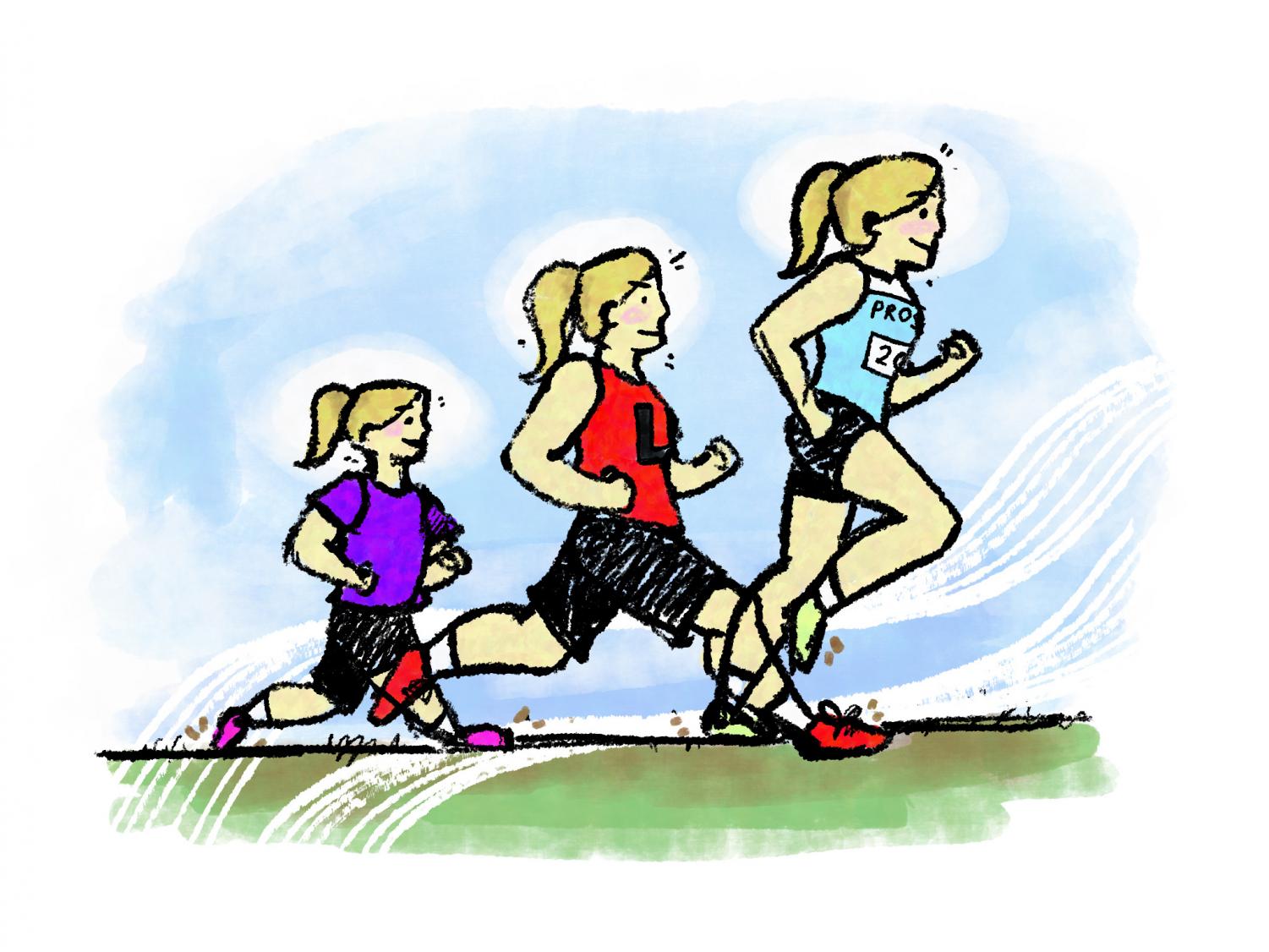 Like the middle schools, Prospect is also known for its very successful cross country program. This year, on Saturday, November 6, the girls program finished 2nd at the IHSA state meet. This was the highest finish in girls’ program history.

Steve Shaffer, the head coach of Lincoln Middle School’s boys’ and girls’ cross country teams, explains that Wintermute’s efforts to get to know the athletes while they are in middle school help make that transition to high school training easier. The girls are much more comfortable in high school when they have already met their coach and most of their teammates.

“They feel like they’re part of the family coming into it,” Shaffer said. “Instead of being nervous in the beginning, they know what to expect.”

Shaffer believes that Wintermute and himself have very similar coaching styles. They both want the kids to enjoy running first, and have faith that success will come with that.

“At the end of the day, [I] want every kid to have that positive experience, to love running, to love their teammates, to learn something about themselves and to grow through the sport.” Shaffer said. “[I] still want them to have the same experience regardless of how talented the team is.”

Wintermute appreciates the middle school coaches like Shaffer and Sophia Vassos and Dave Fritner (head coaches of South Middle School’s cross country teams) because they are the ones who get the athletes into the sport of cross country in the first place.

“One of the biggest things [the middle school programs] do is [that] they create a passion for running and an excitement about our sport … many of those types of aspects carry on with those athletes when they come in high school,” Wintermute said.

Having 11-14 year-olds run at such a competitive level in middle school helps them continue to succeed in their high school athletic careers.

“I think having feeder schools around here is very influential in terms of the type of success in all the high school programs.” Wintemute said.