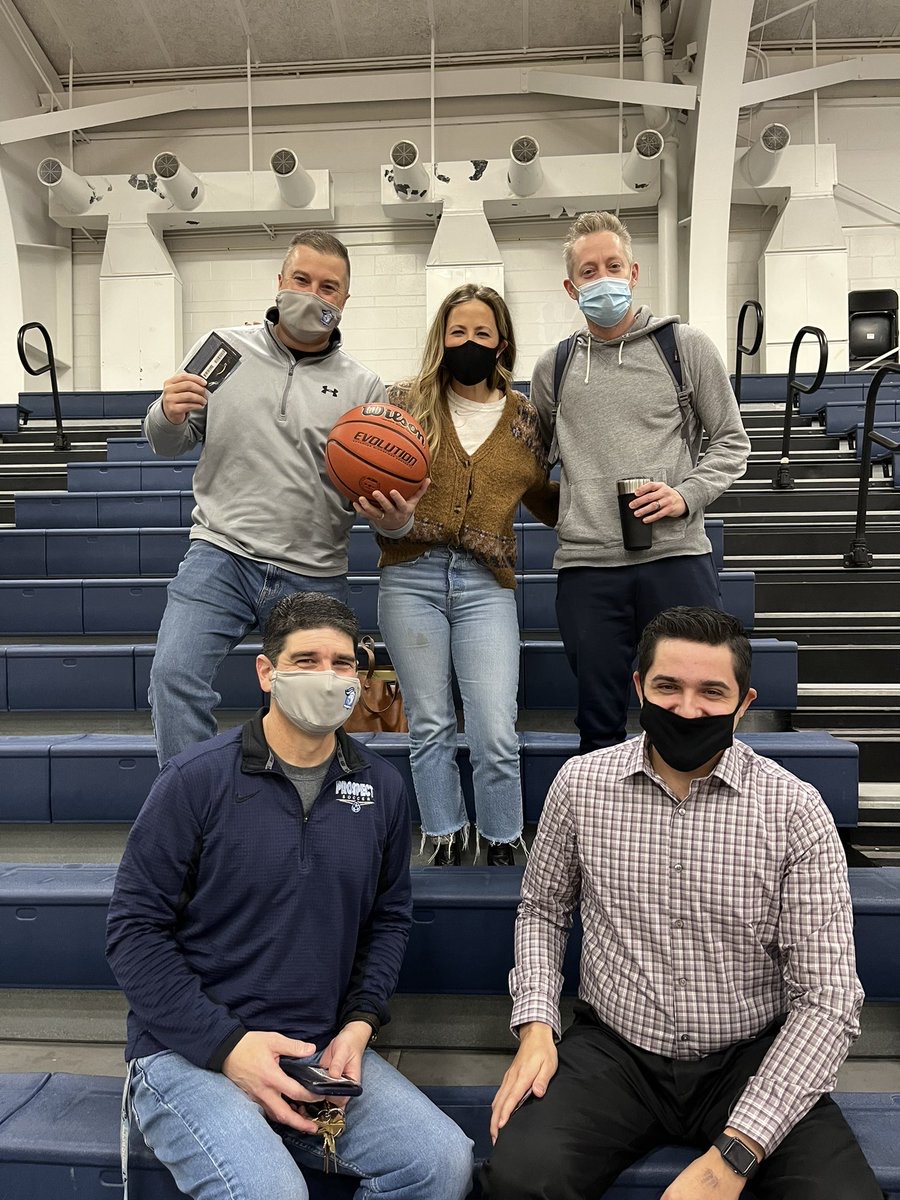 Law and psychology teacher Jay Heilman walked  into prospect on Monday for the first Institute day of the new year. As he walked in through door 30 he noticed a leaking pipe.

Little did he know, it wouldn’t be only faucet open that day.

On institute days staff typically first meets in the theater, but Monday was different. Frank Mirandola, associate principal of student activities, and the rest of the administration told the staff to meet in the field house for a “fun activity”.

Upon Arrival staff was spilt into 14 teams. Administration the addressed the group covering various topics before Mirandola took the Mic.

Heilman was selected, and found himself second in line.

Peter King bricked the first shot of the competition off to the right, and Heilman stepped up to the line. Half asleep and tight he took the shot. The rest was history.

“I splashed it, but I immediately felt bad because there were 12 people behind me that never even got to shoot.” Heilman said. “They were all just standing there and I’m just like: Sorry, I don’t make the [rules].”

But, Dean Nickolas Olsen who was directly behind Heilman wasn’t up set that his opportunity had slipped away.

“I was super happy that he made it, especially because he swished it.” Olsen said. ” I didn’t even know about the $5 gift card.”

Two fists in the air Heilman walked back to his group. They received their prize, took a picture then went about their day.